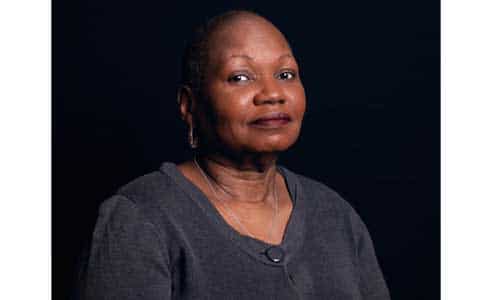 This message is for all the young voters of color, particularly young black men. You have always believed your one vote did not matter. On November 3, 2020, you put that angst aside and showed up and showed out with your vote and look what you contributed to the 2020 Presidential Election. YOU made the difference!!

I was one of nine poll workers assigned to a small precinct located off a barely noticeable side street  with two public bus stops, plenty of trees and obvious street sign challenges. To no surprise, there wasn’t an overwhelming number of “day-of” voters at this small DeKalb County location. It was as if the well had run dry during the three weeks of early voting and only intermittent trickles were left for November 3, 2020.

As I had worked polls during previous elections, in comparison, it became shockingly noticeable the number of young black men who were exercising their right to vote. One after another proudly walked in with calm swagger, politeness and quietly cast their ballot.

Many stated they were a first time voter. Several voters had left work and asked for some form of documentation to prove they had actually used the time away to vote. Of course, the “I Voted” sticker was all that could be provided.

It was my job to thank each voter for coming and to hand them the sticker. One young man’s expression regarding his vote spoke volumes. After I thanked him for coming, he said, “Our vote doesn’t matter, it never does. The only reason I came is because my mother asked me to go vote.” He did it for his mother and I’m sure she’s proud of him and after the election results, he’s proud of himself.

But his statement wasn’t just about him and how he felt about voting in Georgia or the South in general. He was speaking for an entire generation of people of color.

To all those young men of color who voted, YOU made a difference. My generation, and the generations before and after mine are almost done. Your generation will need to pick up and carry the torch.

Every election is important. Your vote is needed more than ever on Jan. 5, 2021 during the Georgia Senate run-off for the “soul of America.” The senate race has become as important as the presidential election. Without equal representation in the U. S. Senate, there will be no balance of power.

It won’t be easy, but you must stand strong, be proud, keep your swagger and Southern politeness and yes, ALWAYS “vote.”