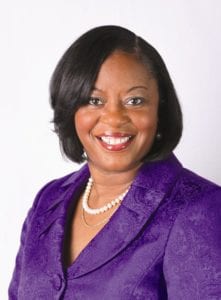 Odds are that a new City of Stonecrest will force citizens to pay higher taxes to support an additional layer of duplicative government. A new city is unnecessary and will not, in and of itself, achieve greater commercial sector growth. Citizens living in the proposed City of Stonecrest would not only pay county taxes; they would also have to pay city taxes to support a new bureaucracy.

DeKalb has been and continues to be a great county. As its demographics changed, the county has been fragmented by municipalization. The City of Dunwoody incorporated around MARTA rail service and took within its boundaries the vibrant retail/office commercial hub of Perimeter Center. The trend continued with the City of Brookhaven, also incorporated around MARTA rail service with well over a million square feet of retail/office commercial space within its boundaries. These cities became viable at the expense of the DeKalb County’s commercial base. Last year, the City of Tucker was created, taking with it more of DeKalb’s commercial tax base.

There is now an effort on the south side to incorporate the City of Stonecrest. The proposed new city has no MARTA rail service to incorporate around, and its only vibrant commercial cluster is the Stonecrest Mall area, which is not as mature as the commercial sectors that Brookhaven and Dunwoody incorporated. Stonecrest backers claim that if you create a new city, then businesses will come. However, the “build it and they will come” theory has been repeatedly debunked. South DeKalb citizens cannot afford to take this risk.

DeKalb County’s 5th Commission District, which covers the boundaries of the proposed City of Stonecrest, is very unique in that it features abundant green space amid an urban, suburban and rural setting, through which flows the South River. It is home to the Arabia Mountain Heritage Area, and to the historic Flat Rock community. The City of Lithonia is now listed on the National Register of Historic Places. Georgia State Perimeter University and the Georgia Piedmont Technical College South Campus anchor the district, along with libraries, medical institutions and the Lou Walker Senior Center. DeKalb County has appropriated $4 million to build the new Lithonia Senior Citizens Center, and has also approved $3 million for a study to bring MARTA rail service to Stonecrest Mall. New businesses have relocated to the 5th district, including Source One, Silas-Almex, Acuity Brand and Food Chef, all bringing in more than 1,500 jobs to the district. DeKalb County’s Office of Economic Development continues to market the county to the world, and as one of the last areas close in to Hartsfield Jackson International Airport with abundant industrial space and open land to build on, we have much to offer.

To those who say that DeKalb County government is corrupt, I say that the creation of more government will not solve the problem. I am confident that under the leadership of our new soon-to-be-elected CEO and District Attorney, much better days are ahead for our county. It is time for us to work together, rather than be divided with further fragmentation. For these reasons I respectfully ask that you VOTE NO on incorporating a new City of Stonecrest.