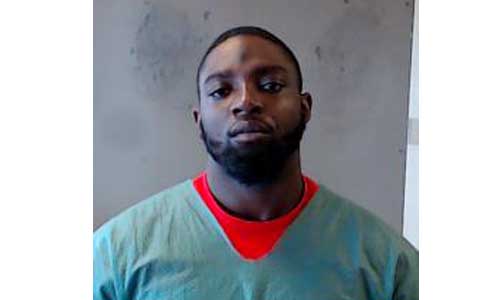 The DeKalb County Sheriff’s Office Fugitive Unit has arrested a suspect in the hit-and-run death of a man at a public park during the theft of the victim’s vehicle, cash and credit cards.  The suspect is also charged with injuring a family of six who were riding scooters in the parking lot at North DeKalb Mall, critically injuring a 4-year-old.

Lithonia resident Tyrus Anthony Webster, 23, was located on Panthersville Road near Flat Shoals Road in Decatur, where he was taken into custody today, June 5, on 17 arrest warrants.

DeKalb County Police had put out a wanted notice, posting photos of the suspect.

Webster is charged with the murder of Basil Naylor, 78, at Wade Walker Park in Stone Mountain on May 3. He also is charged with reckless driving, hit and run driving, theft by taking card theft, card fraud, four counts of cruelty to children first degree, aggravated battery and six counts of aggravated assault.

According to the murder warrant, Webster stole Naylor’s vehicle and ran over him several times, causing his death. Webster is also charged with stealing Naylor’s cash and credit cards, which were used in subsequent fraudulent transactions.

On the same day that Naylor was killed, Webster was involved in a hit-and-run where he drove into a family of six who were riding scooters in the parking lot at the North DeKalb Mall, authorities said.

Police say Webster is a suspect in other incidents in Cobb and Gwinnett counties.

Webster was transported to the DeKalb County Jail.