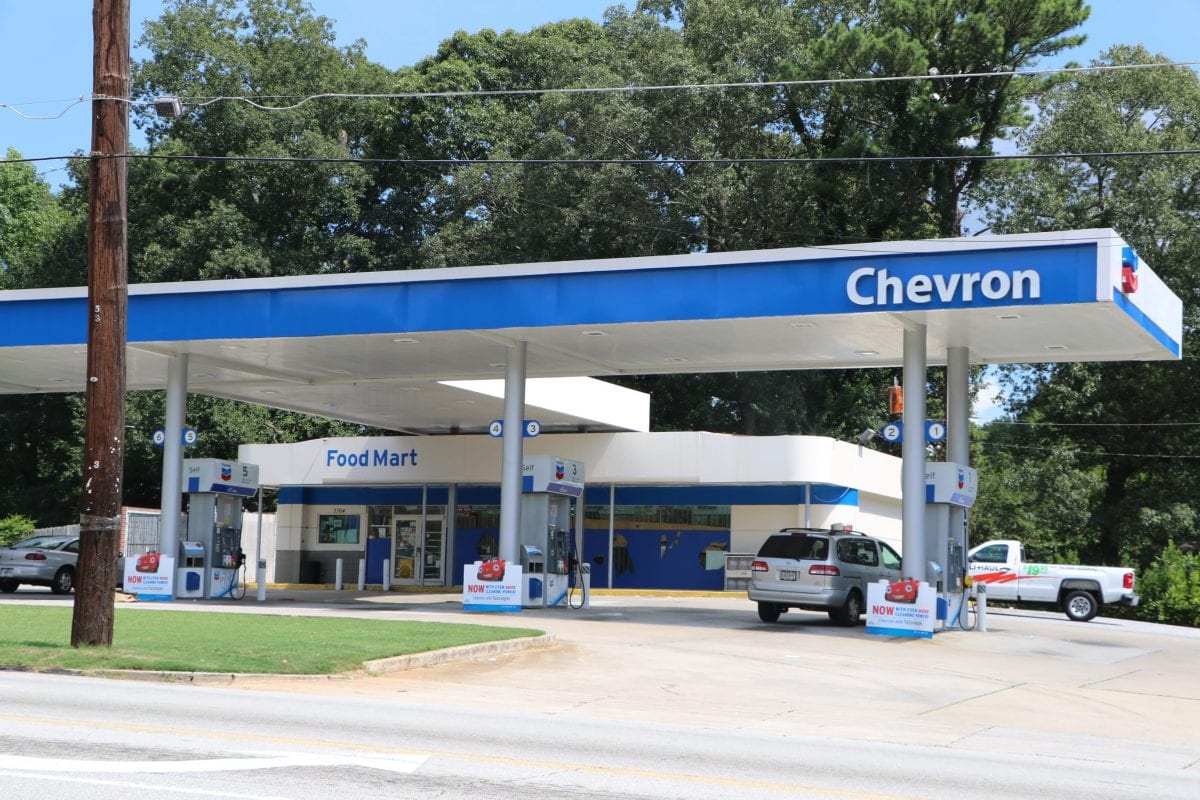 The DeKalb County police officer who was captured on video beating a 38-year-old woman during arrest inside a convenience store has outraged civil rights activists who are demanding swift action. 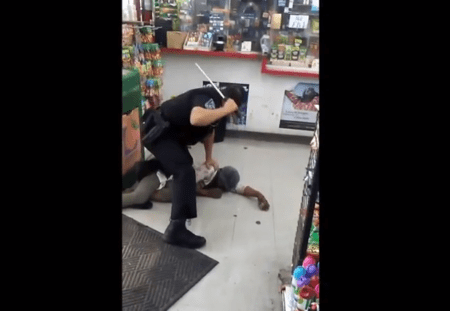 Police Chief James W. Conroy said the Georgia Bureau of Investigation is now looking into the matter. Conroy said in a statement the GBI was asked to investigate following a meeting with DeKalb County CEO Michael Thurmond, “who stressed the importance of a factual, independent investigation based on the new video evidence and other pertinent information.”

The Police Department’s Internal Affairs had said a few days ago it was re-opening the investigation involving Officer P.J. Larscheid’s actions after learning of the June 4 video, which went viral. The one-minute, 39-second video shows Larscheid repeatedly using his baton to beat 38-year-old Katie McCrary inside a Chevron convenience store at 3364 Glenwood Road in South DeKalb County. Larscheid said McCrary was suspected of soliciting customers for money inside the store, police said. She was arrested and later taken to Grady Hospital for treatment.

DeKalb Police spokeswoman Shiera Campbell said Larsheid’s supervisors had conducted an initial investigation and cleared the officer after reviewing his narrative in a “Use of Force” incident report he led after the incident. Internal Affairs is now reviewing the video to determine if the incident is consistent with the narrative, policy and the law, Campbell said.

“The investigation will cover all aspects of the Use of Force incident as well as the original investigation conducted by the officer’s immediate supervisors,” the Police Department said in a statement.

The DeKalb Pastors Alliance, headed by Pastor Steven Dial, Sr., of Rainbow Park Baptist Church in Decatur, said the Alliance is mobilizing to speak out against “this travesty.”

“The Alliance will demand swift action be taken to ensure Officer Larscheid understands this type of action will not be tolerated in DeKalb County,” said Pastor Dial. “No man should be whipping a woman like that. We are demanding they (the police) have diversity training.”

Dial called the video “very alarming,” adding the public would not have known what happened had the video not gone viral.

John Evans, who heads Operation LEAD, called for the termination of the officer. Evans joined members of the SCLC for a protest, calling for justice, in front of the store on July 13.

“America is seeing how this woman was beaten. He just needs to be red immediately. An investigation can be done later,” said Evans.

DeKalb Attorney Mawuli Davis, who has handled a number of civil rights and police brutality cases, said the community should be outraged over the lack of an initial investigation. “They (police investigators) should have requested the store’s video and reviewed it, rather than have just taken the word of the officer. Where are the checks and balances? The officer should be terminated and his supervisors should be disciplined,” Davis said. “From what I can tell from watching the video, he (Larsheid) could have just handcuffed and arrested her. He is physically bigger than she is.”

According to the Department, Larscheid responded to a call that a woman was soliciting inside the convenience store on Sunday, June 4, around 3 p.m. When Larscheid arrived on the scene, he said McCrary told him “the girl you lookin for is over there.” Larscheid said as he tried to speak with someone behind the store’s counter, McCrary tried to leave. He said he commanded her to halt and she told him she was a Federal Agent, gave a “random badge number” and tried to walk past him. Larscheid said he warned McCrary that she could be charged with impersonating an of cer. He said she tried to grab his badge.

McCrary ended up on the oor. The video shows Larscheid holding her down and repeatedly beating her with a baton.

Larscheid has been with the DeKalb County Police Department for ve years. Campbell said she did not readily have information available concerning any Use of Force incidents reports involving Larscheid.

“The DeKalb NAACP is deeply concerned about the troubling video released on July 10 of the incident that occurred on June 4 showing a DeKalb police officer violently beating a woman with his baton whom he was trying to restrain and arrest. The fact that the police department has reopened its investigation of the incident in light of a bystander’s video becoming public is a welcomed development.

Although the previous internal investigation had cleared the officer of any wrongdoing based on the information he provided in his “use of force” report of the incident, the DeKalb NAACP is extremely concerned about the following:

2.Whether the details in the offer’s report are supported by the video evidence.