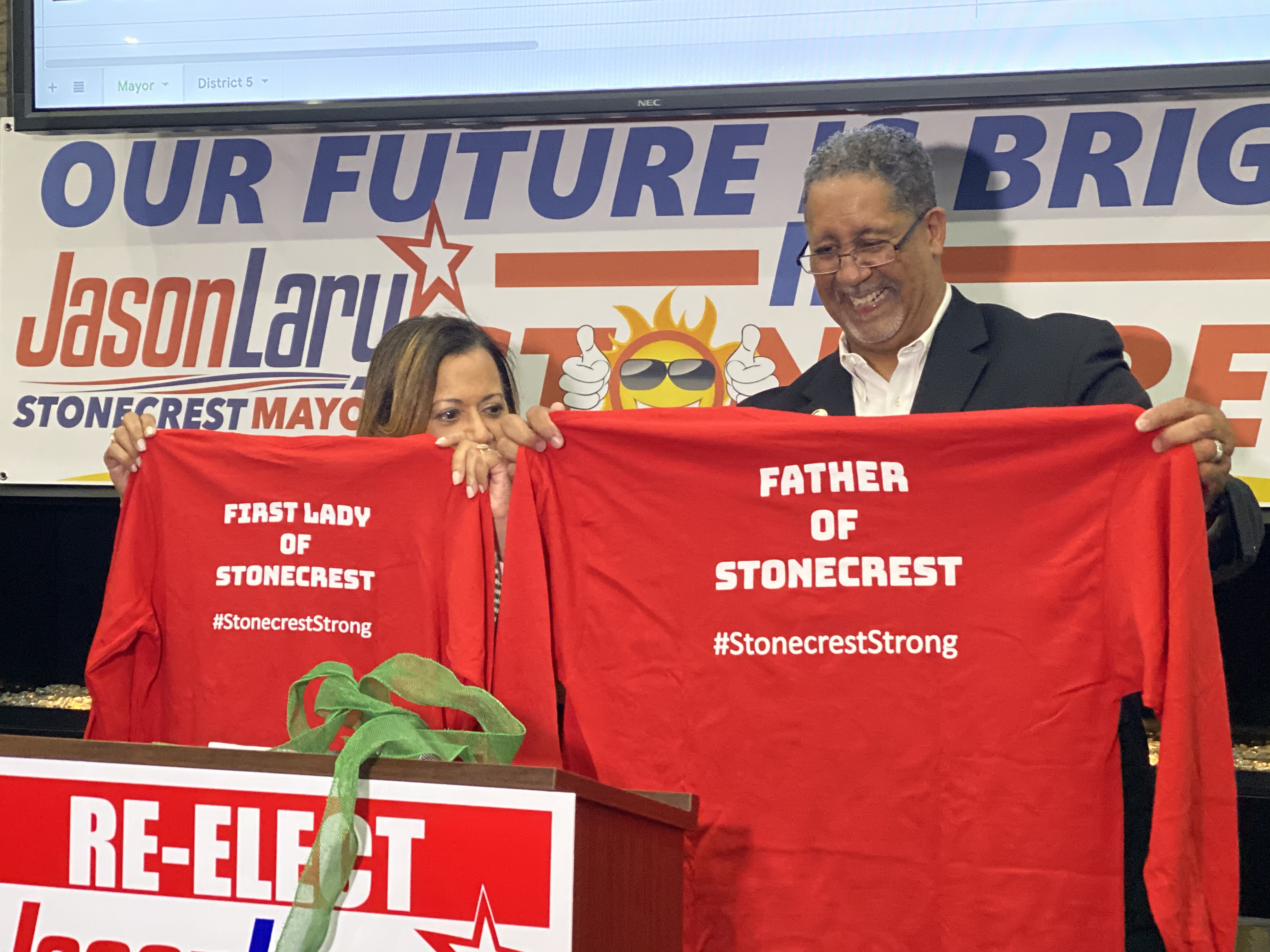 Lary dominated the playing field, leading the votes at four of the city’s 17 precincts:

This year’s election was not the first showdown between Lary and Hill. In 2017, Lary defeated Hill in a contentious battle for the new city’s inaugural mayoral position.

Lary put the past behind, however, as he thanked his campaign team, supporters and voters at his victory party, which was held at the AEI Startup Factory on election night. Lary invited Adoma and Hill to join him in building up the city. Lary worked four years to bring the cityhood referendum to voters and is considered the father of the City of Stonecrest.

“That’s 1 billion in infrastructure and economic development that we will have within 5 years,” said Lary.

Lary told supporters at his victory party that he is looking forward to continue building up the city during the next four years. He thanked his campaign team, supporters, voters and his wife, Debbie, for making that opportunity possible.

“Working with this team of people was unbelievable…,”  Lary said. “…The future is bright at Stonecrest. I really mean this,”

Stonecrest voters are still waiting to learn who will be elected to serve as the next District 5 City Councilmember.  Tammy Grimes appeared headed for a runoff with Dave Marcus since no one in the six-way City Council race received more than 50 percent of the vote as required.   The special election was held to fill the unexpired term of former Councilwoman Diane Adoma.

Voters will learn who will be in the runoff after the DeKalb County Board of Elections certifies election results on Nov. 15. The runoff will be held on Dec. 3, officials said.