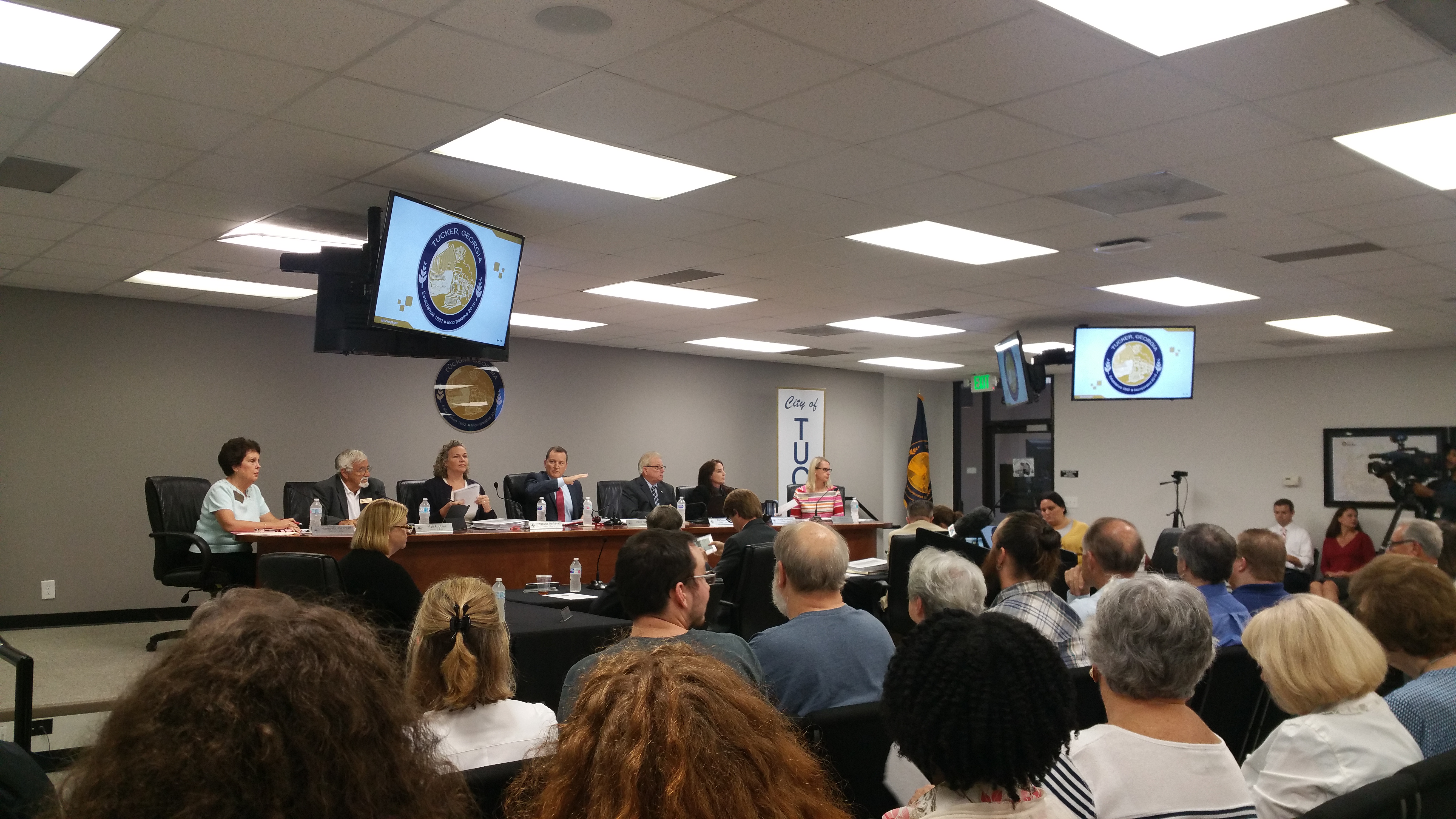 After a special called meeting that lasted more than four hours, the Tucker City Council voted against an 88-acre mixed-use development called “The Rise.”

A packed house of supporters and opponents attended the Aug. 30 meeting, awaiting a decision on the proposed project. The plan called for retail and office space, apartments, a senior living center, new elementary school and daycare at the Sears warehouse site, located off Hugh Howell Road and Mountain Industrial Boulevard.

Supporters said they believe the project would spur growth in Tucker, while opponents said they were concerned about traffic, parking, green space and worried that it would dry up businesses in downtown Tucker on Main Street.

Mayor Frank Auman said some aspects of the project proposed by Macauley Investments could still be built, despite the City Council’s denial. Under current zoning, the developer would be able to build restaurants, office and retail space. Housing and a grocery store, however, would not be permitted.

“Council wants more time to sort out our vision and exactly what kind of things they want to see there and I am good with that,” said Auman, who supported the projected.

Auman said discussions on the project began more than a year ago. The proposal was made to DeKalb County before Tucker became a city, and Tucker inherited the project after city officials were elected to office. He said although the proposal had a lot of appeal, there also were some big concerns that the city can sort through.

The City Council had to weigh three petitions: a change to the Comprehensive Plan from Light Industrial to Neighborhood Center to allow such a development, a re-zoning of the property to the MU3 designation and a special land use permit (SLUP) to allow a personal care home to be constructed on the site.

Citing a number of concerns, including the possibility of disrupting the industrial corridor, the council voted 5-2 against a motion to approve the Comprehensive Plan amendment. That was followed by a pair of 6-1 votes to deny the re-zoning and SLUP petitions.

“That industrial zone means work and once you give it up it’s almost impossible to imagine re-zoning the other way,” said Mayor Auman. “They were very concerned and I am to a certain degree that we give that up, we do not get it back and not only that, once it is changed to a different kind of use the people on the property next door look over and say it would be pretty cool if we could have more of the same and then you have this domino effect.”