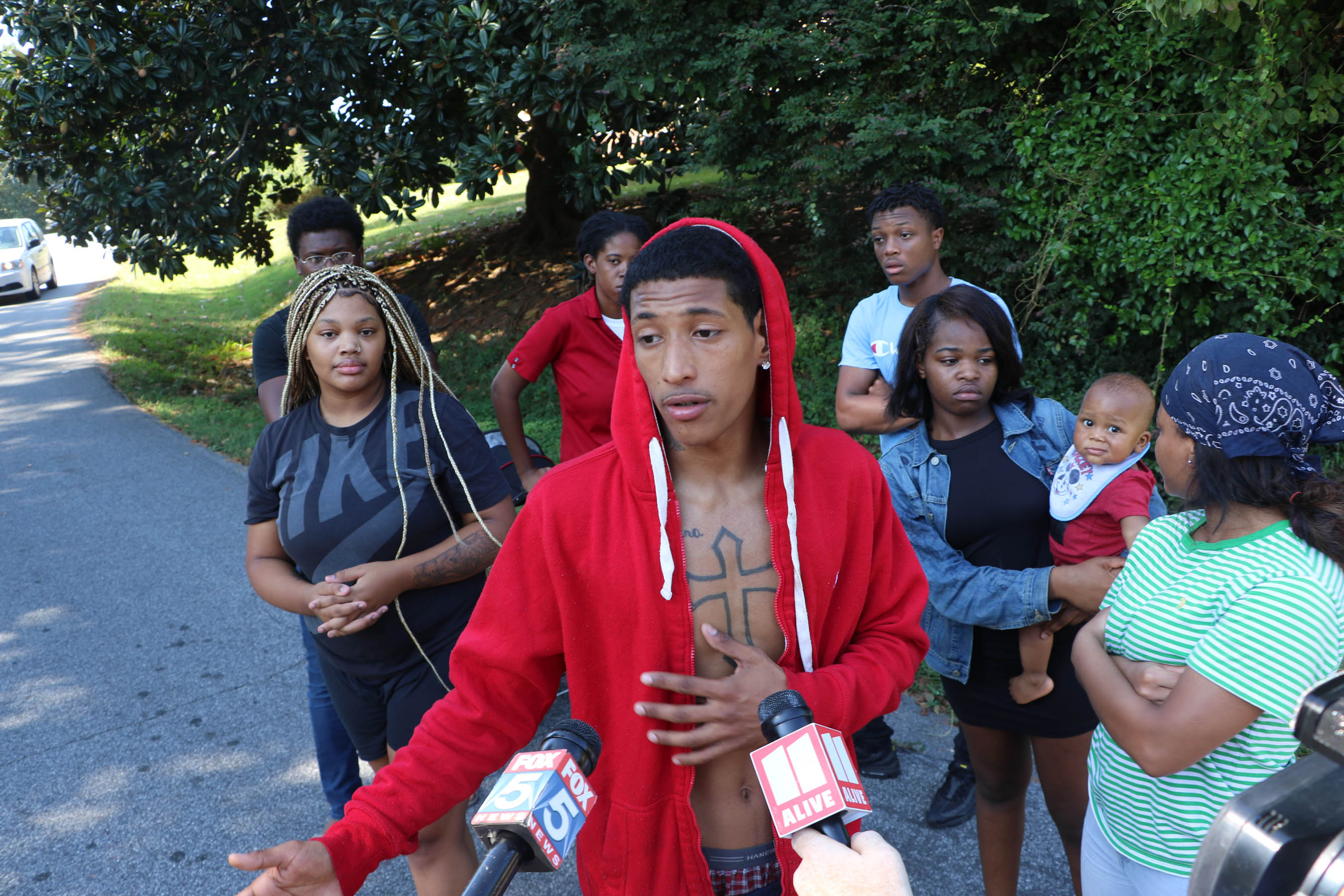 A young man named “Rico” speaks out about the shooting of two of the suspects, who were his friends. Photos by Glenn L. Morgan 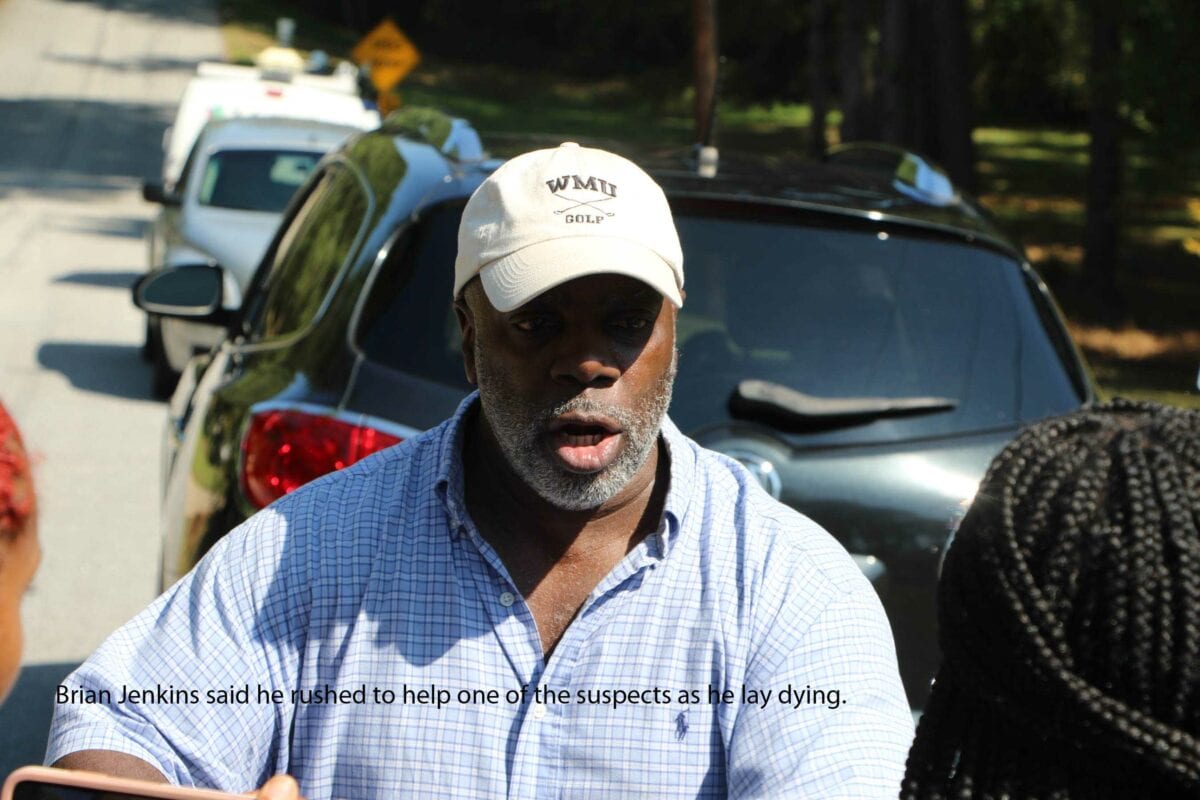 Three teens, including a ninth grader, were killed early this morning after attempting to rob three residents at a home on White Oak Court in Rockdale County.

According to the Rockdale County Sheriff’s Office, the three male teens were wearing masks when the shooting occurred on the lawn round 4 a.m. today (Sept. 16). Neighbors said two of the suspects were half brothers and the third suspect was their friend.  The juveniles’ identities  were being withheld. The names of the homeowner and occupants of the house also were withheld.

The Sheriff’s Office released the following update at 5:02 p.m.:

“The deceased individuals from the early morning shooting on White Oak Court in Conyers, Georgia have been identified as juveniles aged 15, 16, and 16, all from Conyers, Georgia.

The three were killed during an exchange of gunfire with a resident on White Oak Court. To this point, the investigation has revealed that the three now deceased individuals had their faces covered as they approached the residence and attempted to rob three individuals in the front yard. One of the attempted robbery suspects brandished a handgun and fired shots at the residents before one of the intended robbery victims returned fire.

Investigators have been actively interviewing the three individuals from the residence and other neighbors with information throughout the day. No charges have been filed against anyone at this time.

The investigation is still very active and the RCSO is asking for anyone with information in connection with this incident to contact the Rockdale County Sheriff’s Office at 770-278-8000 and speak with Investigator Dwayne Smith or Sergeant Jeremy Best. More details may be released as they become available during the investigation.”

The fatal shootings left the community reeling in shock.  Makayla Burtts, who identified herself as the girlfriend of one of the deceased teens, said she couldn’t believe what happened.

“It’s unbelievable. I had just seen him yesterday and I talked to him last night and he never mentioned anything. I would have tried to talk him out of it. He was a really great kid. He had a kind heart and he loved everybody. He was just a good person,” said Burtts.

Burtts said she was at school when she heard that her boyfriend had been involved in a shooting.

“I understand he was defending his home, but they didn’t deserve to die. He didn’t have to shoot that many times. Sometimes, these boys need to be locked down, but death is not the way to learn. He learned from his environment. He was trying to fit in, but that doesn’t make him a bad kid,” said Rico. 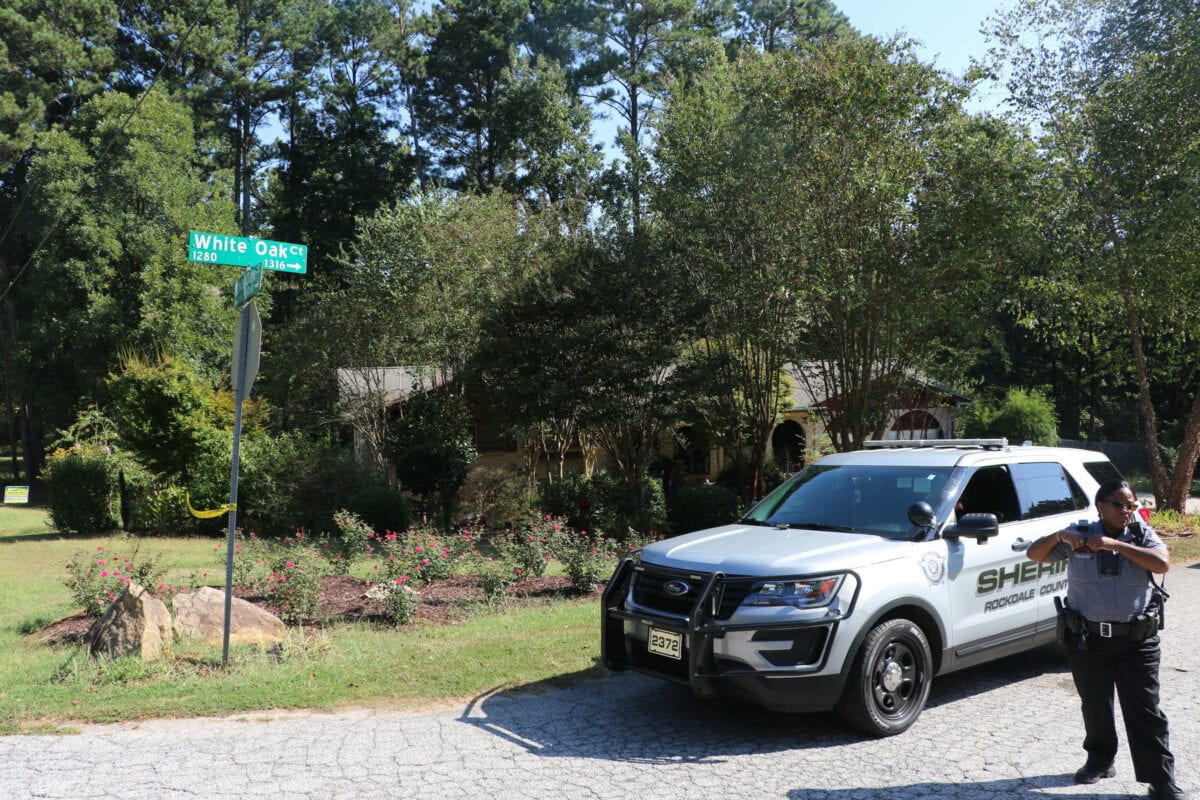 A sheriff’s deputy keeps traffic away from the scene of the shooting.

Brian Jenkins, a Rockdale community activist who lives near where the shooting took place, said he called police when he heard the gunshots and went outside after hearing one of the young men calling out for help from his lawn. Jenkins said he told the teen to relax until help arrived and tried to help keep the teen calm as he cried out that he was dying. The teen later died at a hospital.

“We know what a lot of these kids are out here doing… What we have to do is come together and figure out what we’re going to do. What about the kids after them? I don’t know who these kids were, but they are somebody’s child. Somebody loved these kids,” said Jenkins.

Jenkins described his neighbor who fatally shot the supects as a great guy, adding that he never bothered anybody and kept to himself.

Rockdale County Sheriff’s Office is still investigating the shooting. On Common Ground  and has not released the names of the parties involved.