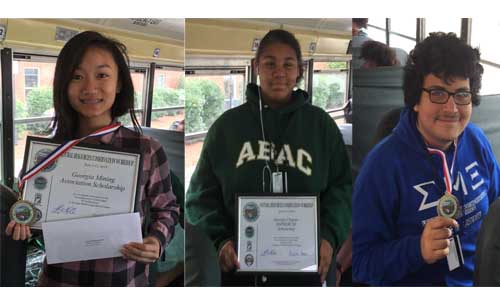 Three Rockdale Magnet School for Science and Technology students were honored this month at the Rockdale Soil and Water Conservation summer education program.

Out of 159 counties in the state of Georgia, Rockdale had 17 students—the largest group this year—to participate this year, said Kenny A. Johnson, board chairman and district supervisor for Rockdale Soil and Water Conservation.

Johnson said he worked with Rockdale Magnet teachers, Shelley Seagraves and Lynette Clark, to get the students to apply for the once-in-a-lifetime opportunity. Rockdale Soil and Water Conservation paid for travel, meals and dormitories for the students, Johnson said.