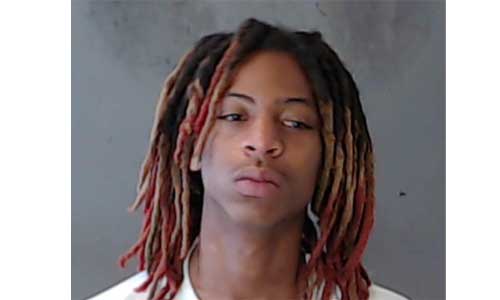 The DeKalb County Sheriff’s Fugitive Unit, with the assistance of the U.S. Marshals, have made a third arrest in connection with the shooting death of Ronald Peters on June 4 in Decatur.

Tyreese T. Johnson, 19, was arrested in Lithonia on July 31 for felony murder and armed robbery. Johnson is accused of fatally shooting and taking property that belonged to the victim. Johnson is in custody at the DeKalb County Jail.

Two other suspects are in custody on felony murder and armed robbery charges stemming from the same incident.

On July 26, Shaleeya Nicole Moore,18, of McDonough was arrested in Statesboro, Georgia. Moore is in custody at the DeKalb County Jail.