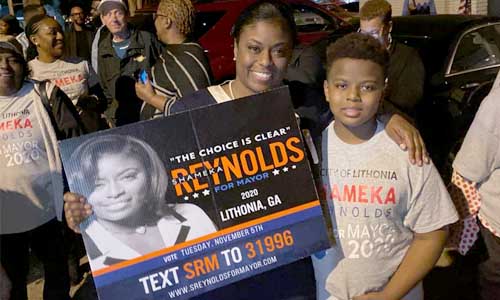 Reynolds, who served on the City Council for eight years, won the election with 245 (60.95 percent) votes while Cindy Thomas garnered 157 (39.05 percent) votes in the two-way race, according to early results which must be certified.

The crowd cheered at Reynolds’ victory party, which was held at the Stone Manor event center.

The mayoral election heated up last week as the Secretary of State’s office launched an investigation into allegations of address fraud against Thomas. Councilman Ric Dodd asked for the inquiry, saying Thomas had not lived in the city for the required time when she qualified to run. An investigator was in the city on Tuesday monitoring the elections, citizens told On Common Ground News.

Also, Darold Honore and Vannaeriah Hawk-Wynn were elected to the City Council. 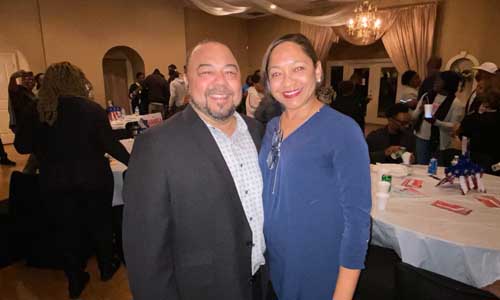 Darold Honore and his wife, Tammy Honore pose at the victory celebration.

Darold Honore won  one of two seats on the Lithonia City Council.