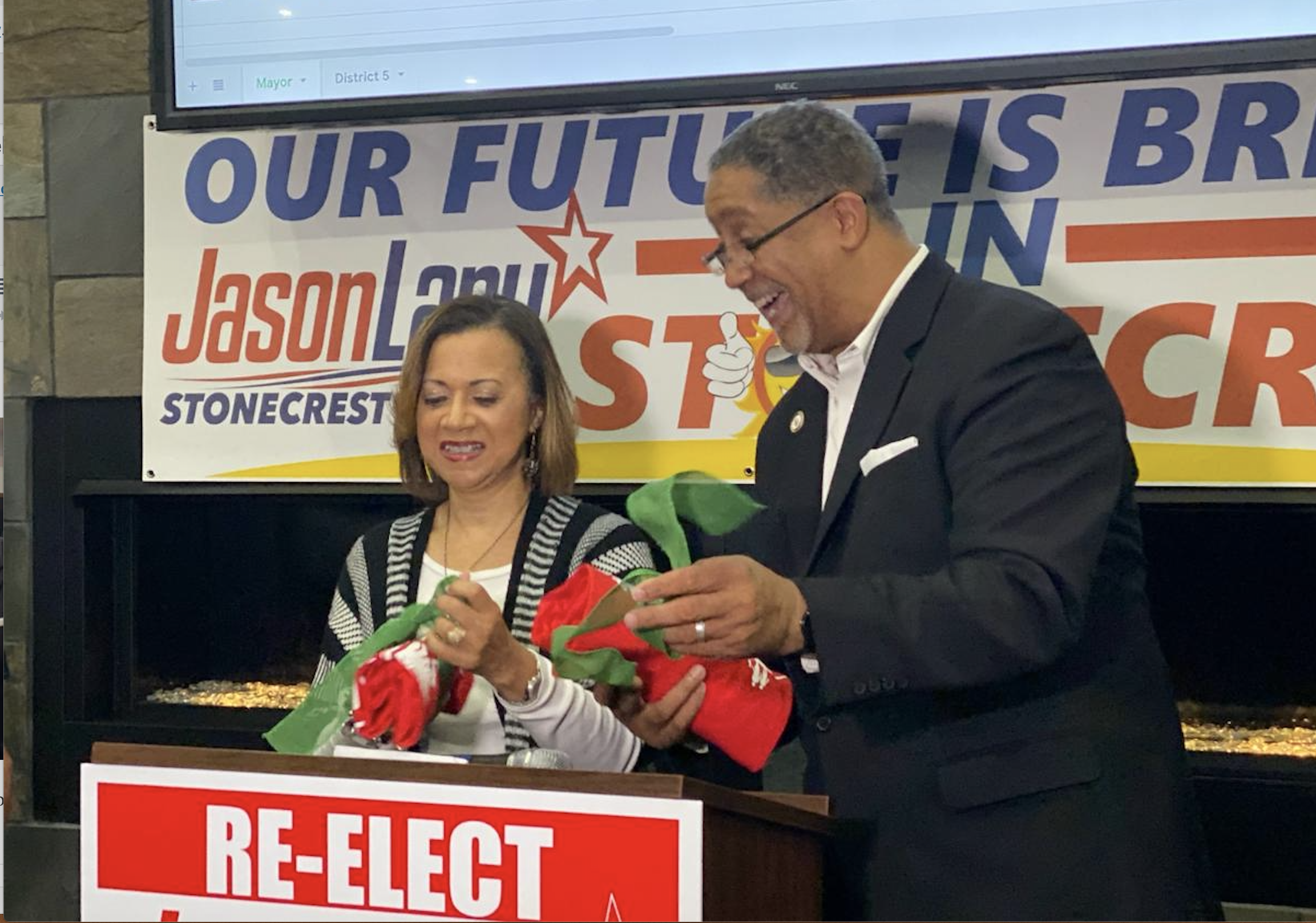 Pictured: Mayor Jason Lary and his wife, Debbie, at his victory celebration.

Lary dominated the playing field, leading four of the city’s 17 precincts early on against Hill, who ran unsuccessfully against Lary in 2017, and former city councilwoman Adoma.

Lary thanked his campaign team and voters at a victory celebration, which was held at the AEI Startup Factory. He was overjoyed as he celebrated with his wife, Debbie.

“Working with this team of people was unbelievable… ,“  Lary said. “…The future is bright at Stonecrest. I really mean this. “

Lary also invited Adoma and Hill to join him in building up the city.

“I want to give them a personal invitation to come back and work with the city,” Lary said to an audience who applauded him.

Also in Tuesday’s elections, Tammy Grimes appeared headed for a runoff with Dave Marcus for the District 5 Stonecrest City Council seat since no one in the six-way race received more than 50 percent of the vote.   The special election was held to fill the unexpired term of former Councilwoman Diane Adoma.