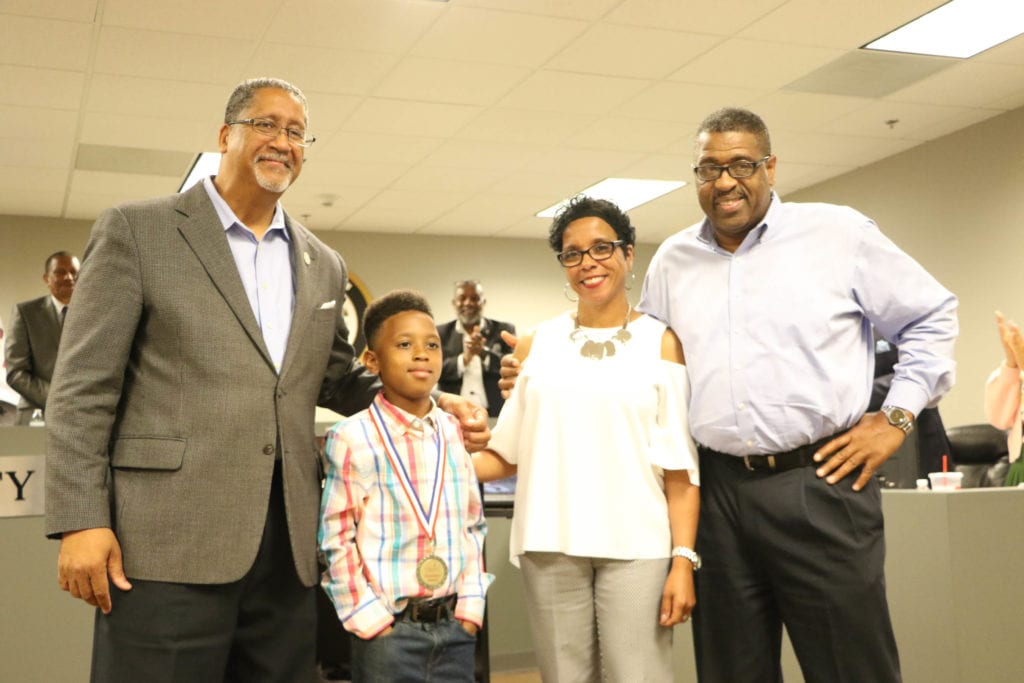 Stonecrest Mayor Jason Lary honored 11-year-old Brandon Hayes for his courageous journey as a liver transplant recipient. Hayes, a student at the Academy of Scholars, received the mayor’s inaugural “Stonecrest Champion Award” at the City Council meeting on May 13.

A 5K run/walk was held on Mother’s Day in Brandon’s honor to raise awareness about organ donations and funds to help provide financial relief to Georgia families who have a family member in need of an organ transplant.

Brandon’s mother, Cheri Hayes, gave her eldest son the gift of life by donating a portion of her liver.   Cheri Hayes and her husband, Daniel, attended the presentation in which the mayor gave Brandon a medal to wear and his gavel to ceremonially open the City Council meeting as the first Champion to serve as mayor pro tem.

“I just take my hat off to the family. They are resilience,” Lary said. “His mom gave a third of her liver. They both recovered. He’s healthy, smart,  A student. He’s the whole package and that’s why he is our first recipient of the Stonecrest Champion Award.”