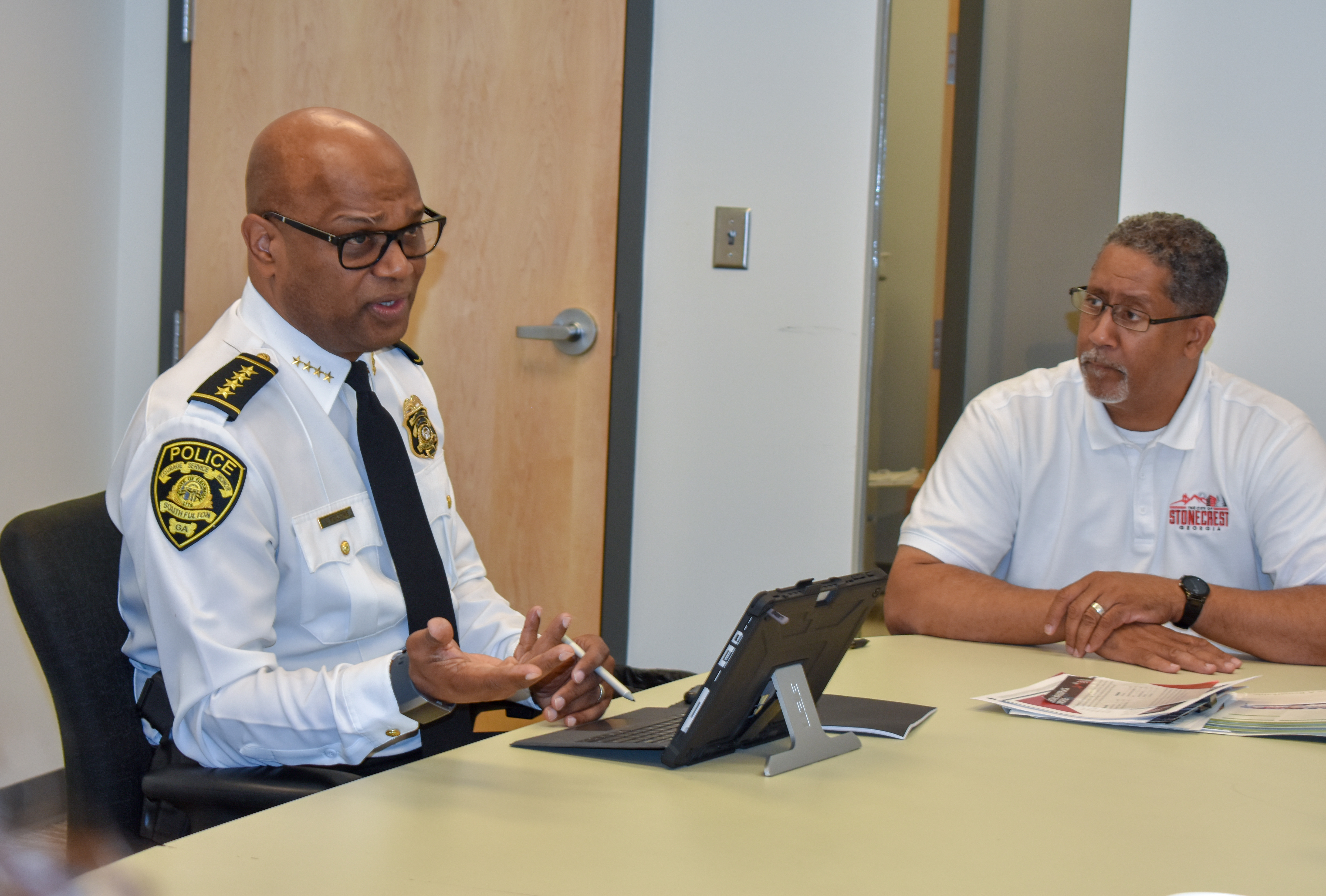 Stonecrest Mayor Jason Lary and Councilman Jimmy Clanton were amid more than 120 years of law enforcement experience at the Stonecrest Police Advisory Committee meeting this week.  The committee met to discuss crime in Stonecrest, a needs assessment, and plans for the new Sears out parcel, which is slated for a police department.

“This is the foundation for both our desire to collaborate with DeKalb County as well as our plans to move forward with a Stonecrest Police Department,” Lary said.  “Stonecrest is going to be a safe place and we have just the experience and knowledge on this committee to make it happen.” 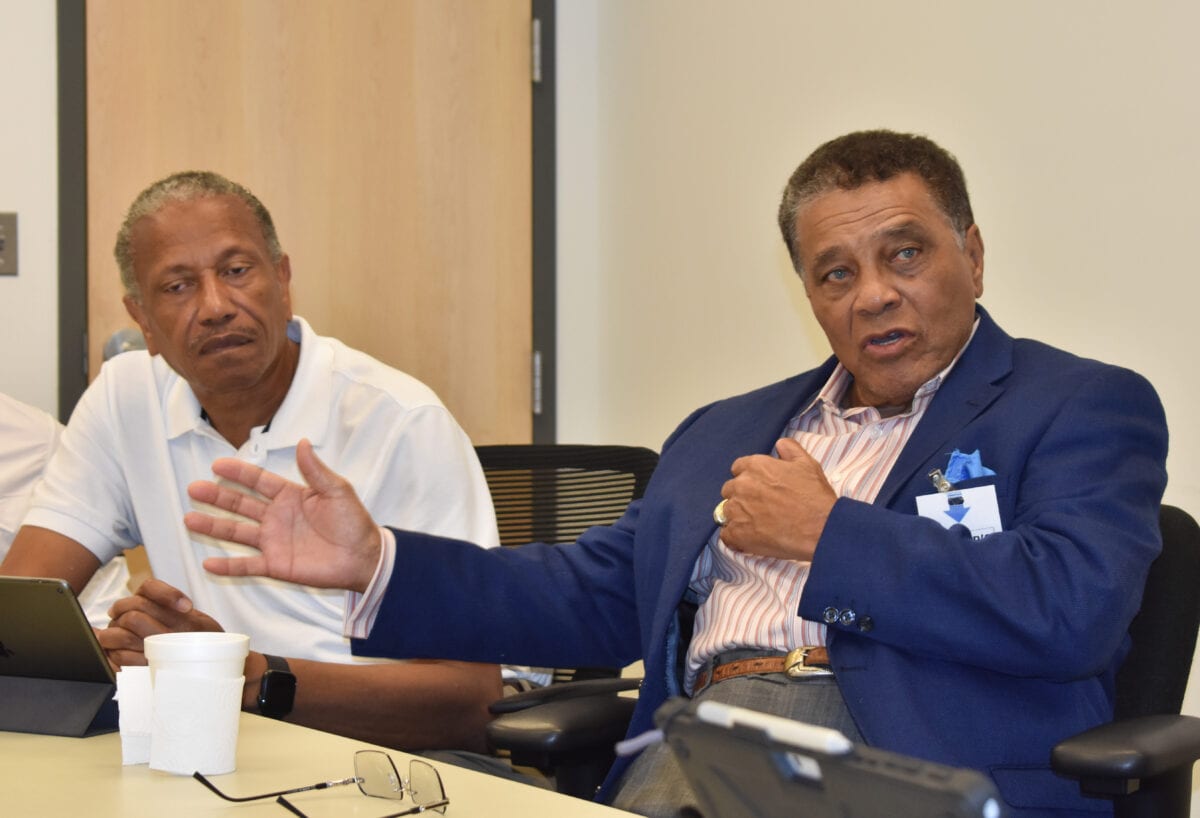 “You won’t need several levels of management as some traditional departments have but those you hire must be held accountable for everyone they supervise,” Bell said.  The former chief explained to the committee how Stonecrest should manage the handling of calls and the best ways to maximize the police department’s manpower. 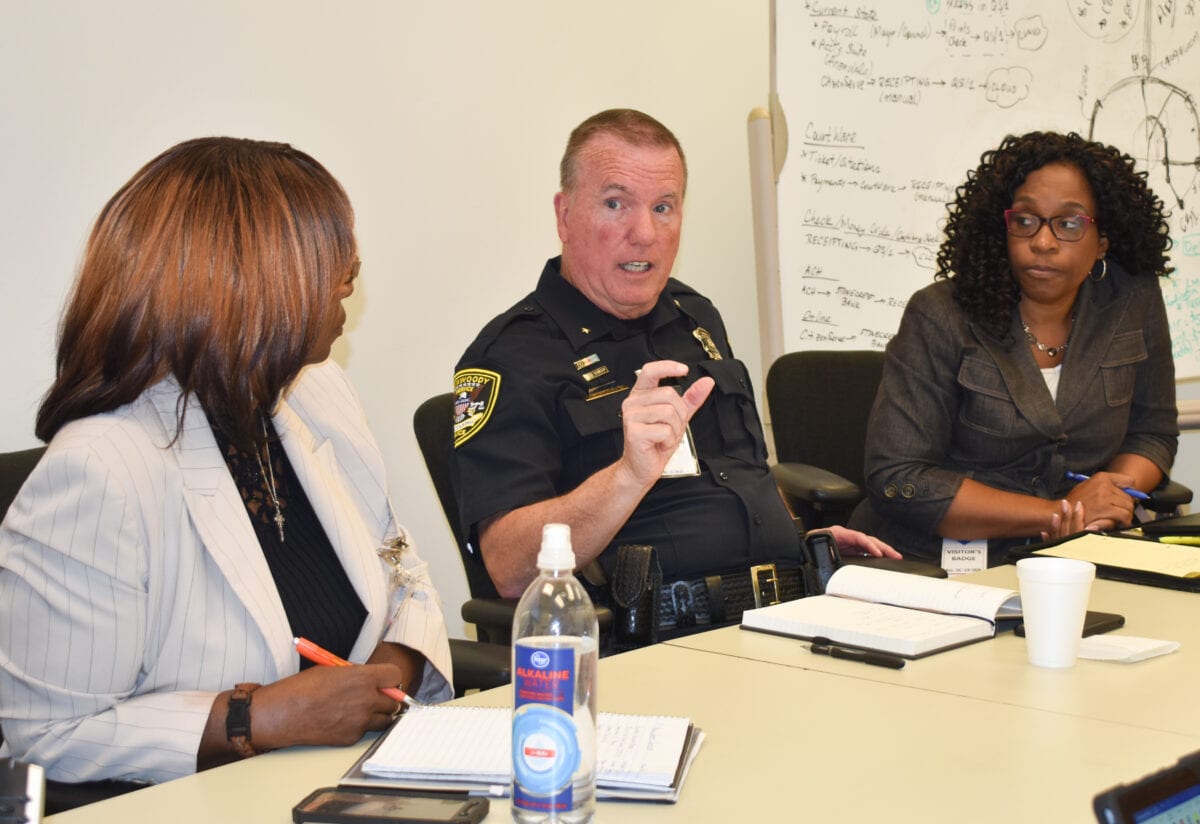 Bell was joined by Dunwoody Police Chief Billy Grogan, who has been praised for expeditiously putting together Dunwoody’s Police Department, and South Fulton’s Police Chief, Keith Meadows, who recently took command of his city’s new police department.  Grogan spoke about the additional data needed to aid the committee in assessing the number of police officers needed.  Meadows said the importance of officer assignments and 911 response times.