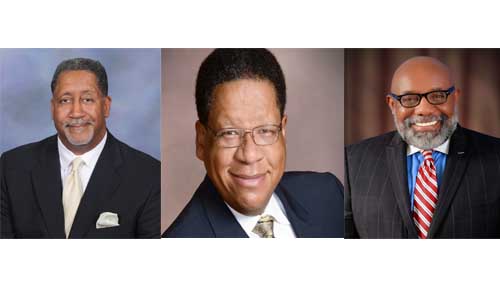 The City of Stonecrest plans to launch its own convention and tourism bureau in early 2020, breaking ties with the Discover DeKalb Convention & Visitors Bureau (DCVB).

The City Council voted unanimously on Nov. 25 to terminate its intergovernmental agreement (IGA) with the DCVB and utilize the city’s hotel/motel taxes to promote its own conventions, tourism and trade shows.

The city would end the agreement with DCVB in February 2020, meeting its required notice of at least 90 days to the agency.

Mayor Jason Lary said by bringing Stonecrest’s tourism efforts in-house, the city would be better able to focus specifically on Stonecrest as a destination for sororities, fraternities, houses of worship, government, the corporate sector, U.S. military, sporting events and family reunions, among other entities.

“We appreciate having the opportunity to work with the DCVB, but we wanted to have more control over marketing the city. We will now have staff dedicated to promoting the city of Stonecrest as a destination for the abundance of tourism, trade shows, conventions and special events that will help boost economic development for Stonecrest,” Lary said.

Clarence Boone, who formerly worked for the DCVB and was hired in June of this year as the city’s economic development director, will lead the city’s tourism bureau, Lary said.  Boone, who has 27 years of experience in brand development across a variety of industries, formerly worked as sales manager for DCVB from 2012 through June 2019. Boone was responsible for developing strategic business opportunities and economic impact formulas for several market segments during his tenure with Discover DeKalb.

Boone said his role as economic development director goes hand-in-hand with tourism and marketing, and he’s ready to move forward.

“The relationship with Discover DeKalb was fruitful, however, Discover DeKalb’s focus is on DeKalb County as a whole,” Boone said. “After two years of being incorporated as a city, we have the ability to tell our own story and market ourselves. We know the attractions in this city better than anyone and we will be able to attend tourism conventions and use those attractions to draw tourists and build economic development here in Stonecrest,” said Boone.

Adrion Bell, the city’s communications director, said the city has used the DCVB to manage tourism since the city began collecting hotel and motel taxes in 2017.

The taxes increased from 5 to 8 percent in 2018, after the city requested from state lawmakers the full 8 percent, the same as other municipalities were receiving, Bell said. While DCVB collected 40 percent of the hotel/motel taxes (about $400,000 annually) to promote and market Stonecrest, the city retained 3 percent of the taxes for administrative charges. DCVB’s contract was an automatic renewal every Jan. 1, according to the city’s agreement.

Now, the 8 percent tax would all go to the city, the mayor said. By law, the city will spend 60 percent of the money on quality of life and cultural activities, while 40 percent would be spent on tourism and marketing, Lary said.

Lary said the city plans to market its festivals and events, growing film industry, as well as historic sites such as the Flat Rock Archives and Arabia Mountain Heritage Area, walking and bike trails, top-rated restaurants and other local attractions.

Lary said the city will create a marketing strategy that includes a dedicated web site for tourism, and guides and brochures about the city’s offerings. He said the city itself is historic: Stonecrest was incorporated in 2017 as DeKalb’s largest city with more than 54,000 residents.

“We want people who come to the state of Georgia to think Stonecrest for everything—from hosting their conventions and family reunions to making films,” said Lary, adding that the Stonecrest Film and Entertainment Committee recently hosted actor and screenwriter Robert Townsend for his premiere documentary, “Making The Five Heartbeats.”

The 90-minute documentary, which was held at New Vision Stonecrest 16 movie theatre on Aug 17, covered the challenges and the rewards in the production and release of the 1991 movie, “The Five Heartbeats.”

In the past year, the city has provided more than 40 permits for filming in the city. Some of the projects include Greenleaf, Black Lighting, Passengers, Legacies, and The Resident.

Councilman Rob Turner, who heads the Stonecrest Film and Entertainment Committee, has said the city is poised to attract more films, creating economic development opportunities, jobs and tourism. He said the city developed its strategic plan in 2018 and is now implementing many of the goals, including developing an online database of locations, including private homes, where films could be produced in the city, a Stonecrest Film Academy, which will offer industry professionals workshops on getting into the industry, and other information. The city has forged partnerships with the DeKalb Film and Entertainment Commission, DeKalb Work Source, the Georgia Film Academy and is building partnerships with others including DeKalb County public schools with plans to provide opportunities for students who are interested in the film industry.

Lary said the former Sam’s Club, where the City Center, home of Stonecrest’s future City Hall, likely would be used to house the new convention and tourism bureau.

The city inked a deal in October to purchase the 141,000-square-foot Sam’s Club for $2.995 million. The council approved the purchase at a special called meeting on Oct. 23. The city was the lowest bidder among four other suitors with amounts as high as $4.5 million, Lary said. The city is still working on setting a closing date for the property, officials said this week.

The Stonecrest Sam’s Club has been vacant since it abruptly closed on Jan. 11, 2018. Store officials said the shutdown was part of a restructuring in which 63 Sam’s Clubs across the nation were closed.

nextLes Brown: Orrin Hudson is going global, your business can, too!