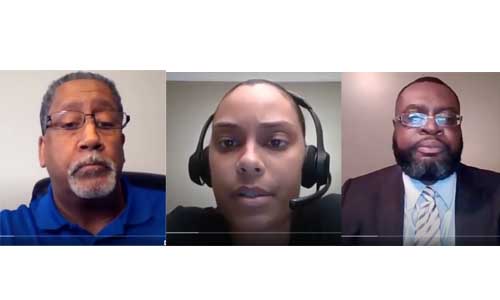 Four Stonecrest City Council members have set a Special Called meeting for Oct. 14, 6 p.m., after clashing at last night’s council meeting over the agenda. The meeting dissolved after the Pledge of Allegiance with the council deadlocked on approving the agenda.

The meeting ended abruptly after a nearly 40-minute debate and the council’s 3-3 tie vote, which resulted into a failed motion to approve the meeting agenda and move forward with the city’s business. The packed agenda for the meeting, which started around 7:10 p.m., was expected to produce a long night but wrapped up around 7:48 p.m.

After the meeting, however, Councilmember Rob Turner concurred with Cobble, George Turner and Grimes to set a special called meeting for Wednesday. City Clerk Megan Reid e-mailed the notification today to publish the meeting in On Common Ground News.

Last night’s clash is the latest round in a continuing power struggle that has played out publicly during the CityCouncil meetings, which have been held virtually since the COVID-19 pandemic forced the shutdown of in-person meetings at City Hall.

“The mayor sets the agenda for City Council meetings. Period. And then, it(the city’s charter) says the council members can add an item, if two of them make that request,” said Denmark. “…The charter governs. That’s all that it says.”

Denmark further stated the mayor could call for a vote to approve the agenda in its entirety and was not required to have the council vote on singular changes.

“We have never done this this way,” Cobble argued. “At every meeting we’ve had up until today, we’ve voted on the adjustments.”

“The city attorney has opined three times and Councilwoman Cobble continued to  challenge him,” Lary said. “She refused to listen.”

Denmark said that while the council may have voted on individual changes to the agenda in the past, the city’s charter did not require approval of the agenda to be conducted in that fashion.

Denmark also said the mayor may set the agenda ahead of the meeting and change it during the meeting, even if the agenda has already been published.

That caused some heartburn for Councilman George Turner, who said he had a problem with the mayor allowing the agenda to be published with two items submitted by the council and then deciding to allow only one of the council’s items on the agenda.

“I’m going to allow one item from the council to be added, as permitted by the charter,” Lary said.

The council had submitted two items for discussion under New Business: Item A concerned two consulting contracts—one for former Parks and Recreation Director Sean de Palma, the other for Brenda Cornelius, external liaison.

The second item concerned a contract for an external audit of the city’s purchasing cards.

Lary said he would allow the council to keep the item on the agenda concerning a contract for an external comprehensive audit of the city government’s purchasing/credit cards, but he wanted to replace Item A with an item that was not discussed at the 6 p.m. work session because the council ran out of time. The work session item concerned creating job descriptions and advertisements for Finance Director and Internal Auditor.

Councilman Rob Turner expressed confusion over the process for approval of the agenda and asked what would happen if the council did not approve the agenda.

“Then we have no meeting,” the mayor responded. “And then the general public will see how ridiculous this is.”

Lary made the  motion to approve the agenda, which was seconded by Councilman Clanton. The motion failed with a tie vote and Lary called for the meeting to end, instructing Communications Director Adrion Bell to shut down the virtual meeting.

Cobble said, however, that a tie was a tie—not a failed motion.

“She(Cobble) was arguing that a tie is not a failed motion, the same way she was challenging what the city attorney had opined. When there is a tie, the motion fail. She just wanted to argue and I wasn’t going to entertain her,” Lary.

Cobble could not be reached for comment, despite a call to her cell phone today. 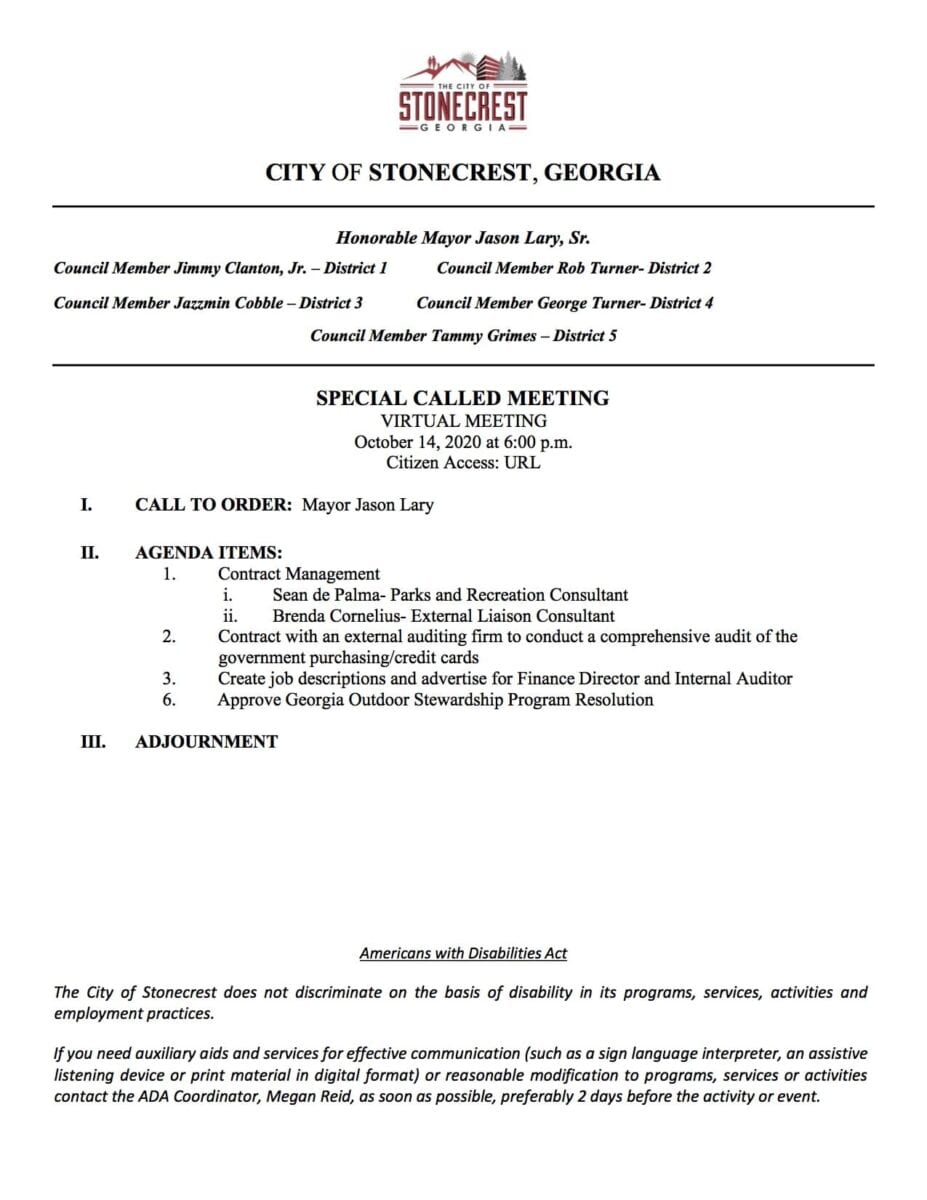