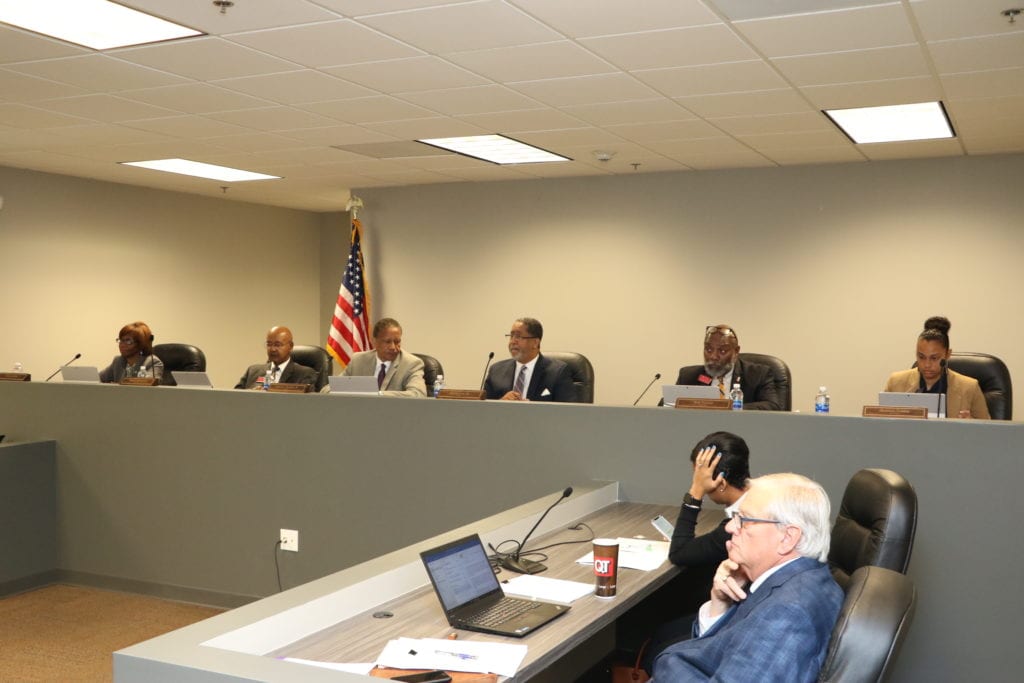 The Stonecrest City Council voted on Dec. 4 to defer a decision on a resolution to change portions of the city charter, after a recommendation from Mayor Jason Lary. The City Council now will consider the resolution on Jan. 16, 2018.

The proposed amendments include the mayor giving up voting power in exchange for the right to veto ordinances; establishing the position of mayor as a full-time position with full time pay; requiring that elected officials (the mayor and council members) must be 21 years old to serve; and establishing a Chief Operating Officer position.

Lary made the recommendation to defer action on charter changes after 10 people spoke during public comments at the meeting, which was the first council meeting to be held at the new City Hall. Five people spoke in support of the charter changes, while five opposed the changes with two opponents stating the seven-month-old city is moving too quickly on the proposal.

Meanwhile, the validity of Stonecrest City Councilmember Diane Adoma’s two-year term as mayor pro tem has come into question. The mayor pro tem assumes the duties of the mayor during the mayor’s temporary disability, suspension or absence.

At the meeting, Adoma made a motion for the city to hire an outside law firm to give an opinion on whether she may remain mayor pro tem for two years. The council deadlocked 3-3 and the motion failed.

Adoma said although she never received a signed document concerning the May 8 resolution stating her length of service as mayor pro tem, City Attorney Tom Kurrie opined the position was for two years, as stated in the city’s charter.

Kurrie said at the recent council meeting, however, he may have erred and he recommended the council seek an opinion from an outside attorney—the law firm of Carothers & Mitchell, which he said has dealt with several municipalities.

Kurrie apologized for the confusion and he said he would cover the attorney’s fee.

Here’s what the charter states regarding the position of mayor pro tem and municipal elections in Sec. 2.09 (lines 898 (a)-901):

“The city council shall meet on the first working day in January immediately following each regular municipal election. The meeting shall be called to order by the mayor-elect and the oath of office shall be administered to the newly elected mayor and councilmembers collectively by a judicial officer authorized to administer oaths.”

“Following the induction of the mayor and councilmembers, the city council, by a majority vote of the councilmembers, shall elect a councilmember to be mayor pro tempore, who shall serve for a term of two years and until a successor is elected and qualified.”

The charter can be viewed at stonecrestga.gov/charter.php.

To view the video-recorded Dec. 4 City Council meeting in its entirety, click here: