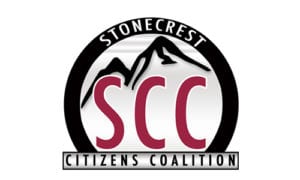 The Stonecrest Citizens Coalition has received a grant from United Way of Greater Atlanta to combat littering in the city of Stonecrest.

The coalition plans to use the $500 grant to create anti-littering educational materials and lawn signs advocating for a clean, litter-free community. In addition, through the Adopt-a-Road program, the coalition has adopted a section of Mall Parkway (between Evans Mill and Klondike Roads) and will host a cleanup day on Saturday, Oct. 27, at 9:30 a.m.

Participants are asked to meet at the parking lot of Dudley’s Sports Bar on Evans Mill Road. Refreshments for volunteers will be sponsored by The Henderson Group insurance agency.

The grant was awarded as part of the first-ever South DeKalb Community Building Institute, sponsored by United Way of Greater Atlanta. Beginning in August, several leaders of the Stonecrest Citizens’ Coalition, along with members of communities throughout South DeKalb, received training on topics such as leadership, influencing change, goal-setting, public policy and project management. The institute concluded in September, and participants were invited to submit proposals for a community improvement project. The Stonecrest Citizens’ Coalition chose to focus on litter prevention and cleanup, and its project was accepted and funded by the United Way.

The Stonecrest Citizens’ Coalition is partnering with homeowners’ associations, businesses and groups in the vicinity of Mall Parkway for cleanup. Interested businesses and organizations may contact the coalition for sponsorship information or to participate in the cleanup. Email: sccga0118@gmail.com.