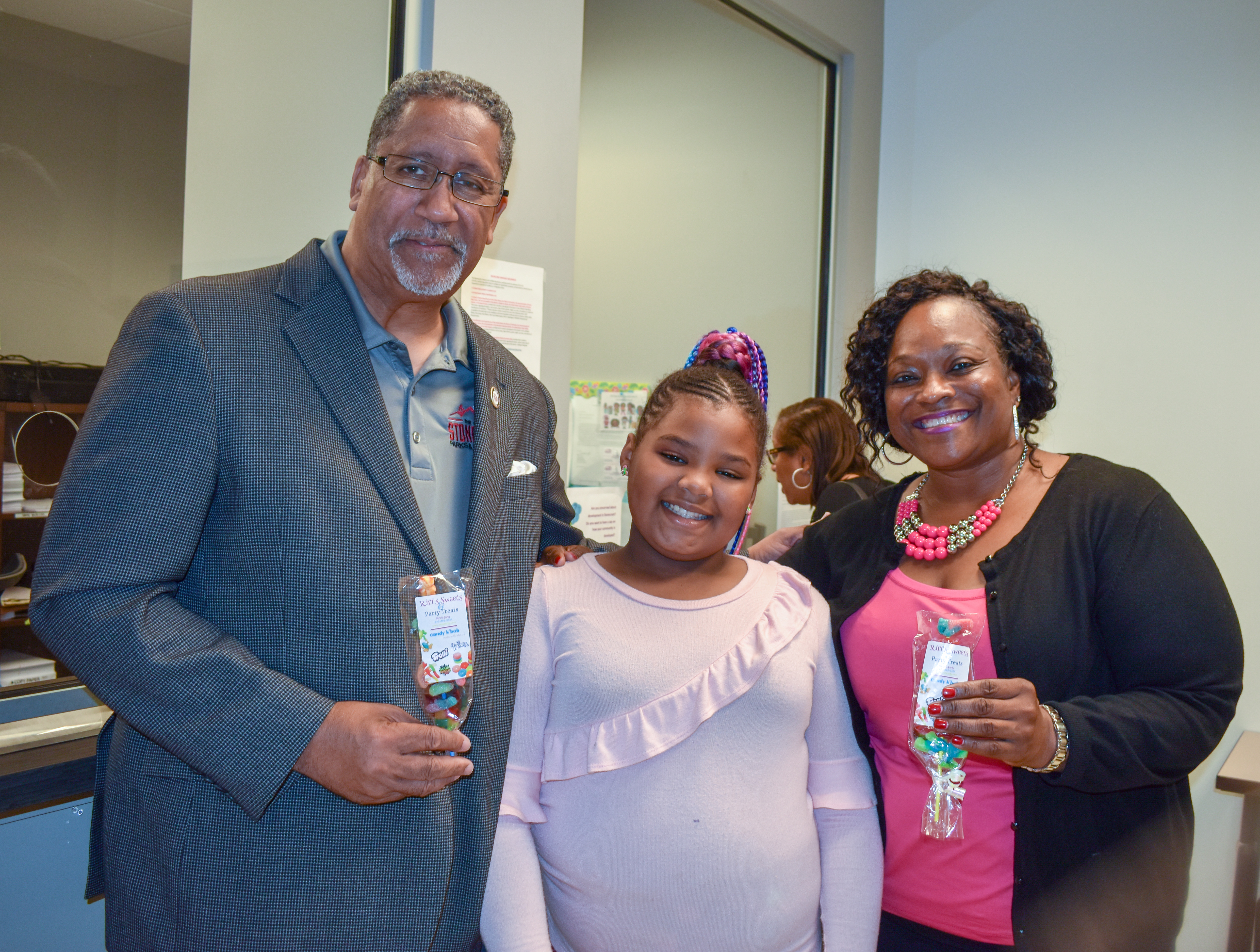 The city’s business license technicians process hundreds of applications daily. Recently, however, a different entrepreneur approached their window.  AuriTurner went to City Hall on Oct. 14 to obtain a business license for her candy and confectionery company, Riri’s Party. Turner is 10 years old, making her the youngest entrepreneur on record in Stonecrest.

“I own a very creative business.  I make candy accessories and party treats.  We also come to birthday parties and provide treats and play lots of games kids like to play to give moms and dads a break,” Turner said during her interview.

Turner is not new to business ownership.  She said she gets her business ideas from her mom and two years ago, she started a business selling iceesand finger-dippers.

Marsha Turner-Owens said her daughter doing an excellent job in her business and in school.

“We recently moved to Stonecrest from Virginia and we knew that we were going to do some big things when we got here.  Riri is very creative and often kids don’t have things to do to keep them off the phone and to keep them out of trouble. So, I figured let’s do something to keep her hands busy and create some things that will keep her growing in the right direction,” Turner-Owens said.

Mayor Jason Lary said the city is proud of the young entrepreneur.

“She is our youngest and we are going to support her in every way that we can,” Lary said.  “She is doing things that some adults don’t have the courage to do.”

Turner presented the mayor and city leaders with one of her products, a candy kabob.  In return, the mayor presented Turner with a city T-shirt.