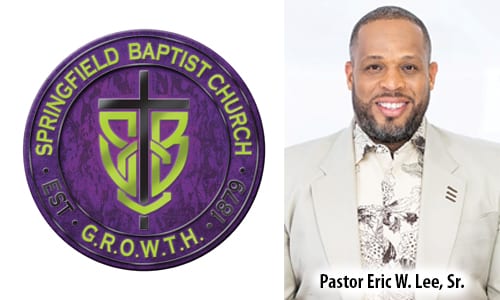 Every month, Springfield Baptist Church in Conyers opens its food pantry to those who need a helping hand. This month, however, the church is especially reaching out to furloughed federal workers in the community and inviting those impacted by the government’s shut down to come to the church and get food to feed their families.

“We want our federal workers to know that we’re there for them—to supplement some of the things that they need,” said Pastor Eric W. Lee, Sr., who serves as senior pastor Springfield.

“As a church, we are intentional about giving back to the community,” said Pastor Lee, who recently announced that Springfield donated $20,000 to the new Newton County Boys & Girls Club, which is expected to open this spring.

Pastor Lee said the government shutdown, which he called a “manufactured disaster,” has hit home, impacting people everywhere including members of his church.

The partial federal government shutdown, which began on Dec. 22, is the longest in history, officials say, and is taking its toll on about 800,000 federal employees and their families who haven’t received their paychecks since the impasse. The shutdown was triggered by an impasse between President Trump and Congressional Democrats over funding for the construction of a wall along the U.S.-Mexico border. Trump wants $5.7 billion to build the wall. However, Democrats say a wall would be costly, ineffective and immoral, according to House Speaker Nancy Pelosi.

Congressman Hank Johnson, who serves the Fourth District, which includes Rockdale and portions of DeKalb, Gwinnett and Newton counties, shared information about Springfield’s efforts to assist furloughed federal workers in his newsletter after the story appeared in On Common Ground News online edition.

Johnson said he has voted more than half-dozen times to re-open the governed since the 116th Congress convened on Jan. 3.

“President Trump continues to hold the nation hostage over a campaign promise to build a wall along the Southern border. One that Mexico was supposed to pay for. Too many hard-working federal employees across the nation are missing mortgages, rent, car payments and other bills. These hard-working Americans shouldn’t have to choose between medications, feeding their families or keeping a roof over their heads,” Johnson said in his newsletter. “… I’m imploring my colleagues in the House and Senate to join me and re-open the government now.”

Springfield Baptist Church is hosting its free food distribution on Tuesday, Jan. 22, 9 a.m. to 7 p.m., 1875 Iris Drive SE, Conyers.  Church officials say that food has been set aside especially for furloughed federal government employees. Anyone who needs food, however, is welcome. For more information, contact the church office at 770-929-1111 or www.sbcgrowth.church.