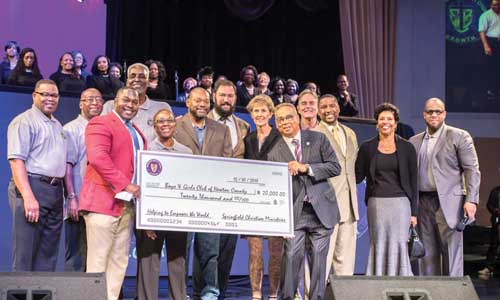 Springfield Baptist Church of Conyers recently donated $20,000 to the Newton County Boys & Girls Club, which is expected to open this spring.

The new facility will serve up to 100 teens, officials said. The Boys & Girls Club programs focus on three priority outcomes that include character and leadership development, academic success and healthy lifestyles. Research has shown that club members graduate from high school at a rate of 87% compared to the national average of 66%; and more than 57% of national club alumni surveyed said the Club “saved their life.”