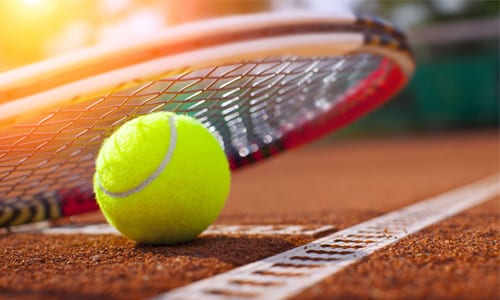 Southwest DeKalb High School’s Tennis Program is hosting the 2018 Panther Invitational Tennis Tournament this weekend. This GHSA-sanctioned tournament is the first of what Coach Lance Davenport hopes will be many such events where some of the top Atlanta-Area high school players will compete in this setting.

First round matches begin on Friday, March 23, 3 p.m. Match play will continue on Saturday, March 24, 9 a.m., with the championship round is scheduled to start at 3:30 p. m. In the event of inclement weather, Sunday, March 25, will be a make-up day.

The 2018 Panther Invitational features some heavy hitters of tennis. The Drew Charter Girls are the defending GHSA (Single) A State Champion. The Drew Charter Boys made it to the semi-finals last season. The Westlake Boys reached the State finals in consecutive years, in 2011 and 2012. North Springs Boys were quarter-finalists in the 2017 State Tournament. Rockdale County will enter this weekend’s tournament with junior Daniel Vincent, who is the 22nd ranked player in Georgia and number 136 in the Southeastern US. Not too far behind that, Langston Hughes junior Lorenz Lowe is ranked 69th in Georgia. With this level of talent, the stage is set for some highly competitive on-court action.

In the team competition, each team is guaranteed three rounds of play. Like regular high school varsity contests, a match will consist of three singles and two doubles matches.