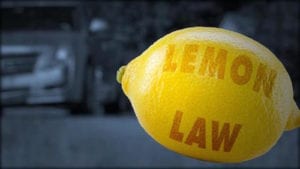 The State’s investigation revealed that for several years, Southtowne failed to give consumers the required Georgia Lemon Law form that discloses the buyback status of the vehicle. The purpose of the form is to make sure consumers understand a lemon buyback’s history and associated risks prior to the purchase. The Georgia Lemon Law requires that consumers be given an opportunity to fully read the form before they buy the vehicle and that the form leave the dealership with the vehicle at the conclusion of a sale or lease transaction. As a result of Southtowne’s alleged failure to properly disclose the status of the vehicles, some consumers claimed they paid more than the vehicles were worth, which they did not discover until they tried to trade in their vehicles at another dealership.

The State’s investigation also revealed that Southtowne had used a handout for approximately one year that significantly misrepresented the reduced value of lemon buybacks and minimized the potential seriousness of vehicle defects.

“Georgia’s Lemon Law is designed to protect consumers from ‘small print fatigue’ by ensuring that they are fully aware of the buyback status of their vehicle and the protections they have under the law,” says Attorney General Olens. “Today’s settlements send a strong message that the State will not tolerate disregard for Georgia’s Lemon Law or deception on the part of a dealership.”

Most notably, all of the dealers have agreed to institute, for a period of two years following the execution of the settlements, a repurchase policy under which certain consumers who purchased a lemon buyback may sell that vehicle back to Southtowne for its NADA clean trade-in value without regard to the vehicle’s buyback status. (The dealerships may make reasonable deductions for vehicles’ condition and value.)  This repurchase policy represents substantial savings to consumers who wanted to sell or trade their vehicle to any other dealership, would likely receive significantly less because of the vehicle’s buyback status. The settlements also require Southtowne to purchase these lemon buybacks, at this same trade value, from other dealers, so that consumers who seek to purchase a new vehicle from another dealership and use their lemon buyback as a trade-in can still receive the benefit of this repurchase program.

To be eligible to participate in the repurchase program:

previousDeKalb communities go all out for National Night Out