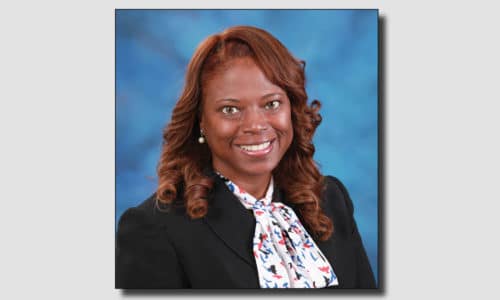 Voters in Rockdale and DeKalb counties will be able to determine the wait times before they go to the polls this election season through the use of apps.

While Rockdale is putting the finishing touches on its app, DeKalb officials say they have plans to launch one, too, for use on Election Day. More details on DeKalb’s initiatives will be forthcoming.

Rockdale Supervisor of Elections Cynthia Willingham said Rockdale’s new app would be ready in about two weeks for voters to download. Voters will be able to use the app during the early voting period for the Presidential Preference Primary, March 2-20 and on March 24,the Presidential Preference Primary Election Day.  The app, Willingham said, also would be available for other elections scheduled throughout the 2020 election season.

“We’re really excited about this use of technology,” said Willingham. “It will enable voters to determine how long they might have to wait, if their headed in to work or getting off work. The app can help them decide if they need to go to a different early voting precinct, and on Election Day, they will be able to know what the wait period looks like at their regular polling precinct.”

Voters will be able to download the app for free from their cell phone’s app store, Willingham said.

Willingham said Rockdale is being used as a pilot site for ESRI to test the app. Fulton, Gwinnett and Cobb counties are already using similar technology for their voters, she said.

“Because we are being used as a business case to test the app, we don’t have to pay for it,” Willingham said. “I like it because my office can communicate with our voters and election workers in real time. Voters will be able to notify us any complaints they may have and election workers can let us know through the app, if there are any problems.”

Willingham said the app is another tool to help voters during what is expected to be a busy election year.

“This is a big election year and there are a number of important races to be decided,” Willingham said.

Rockdale County is expanding its in-person early voting sites. Elections Supervisor Cynthia Willingham said in addition to the main precinct, voters would have the option of voting early at the following locations:

The general primary elections for federal, state, county and non-partisan offices will begin with mail-in voting March 31-May 15. In-person early voting will be held April 27-May 15. On Election Day, May 19, voters must go to their assigned precincts.