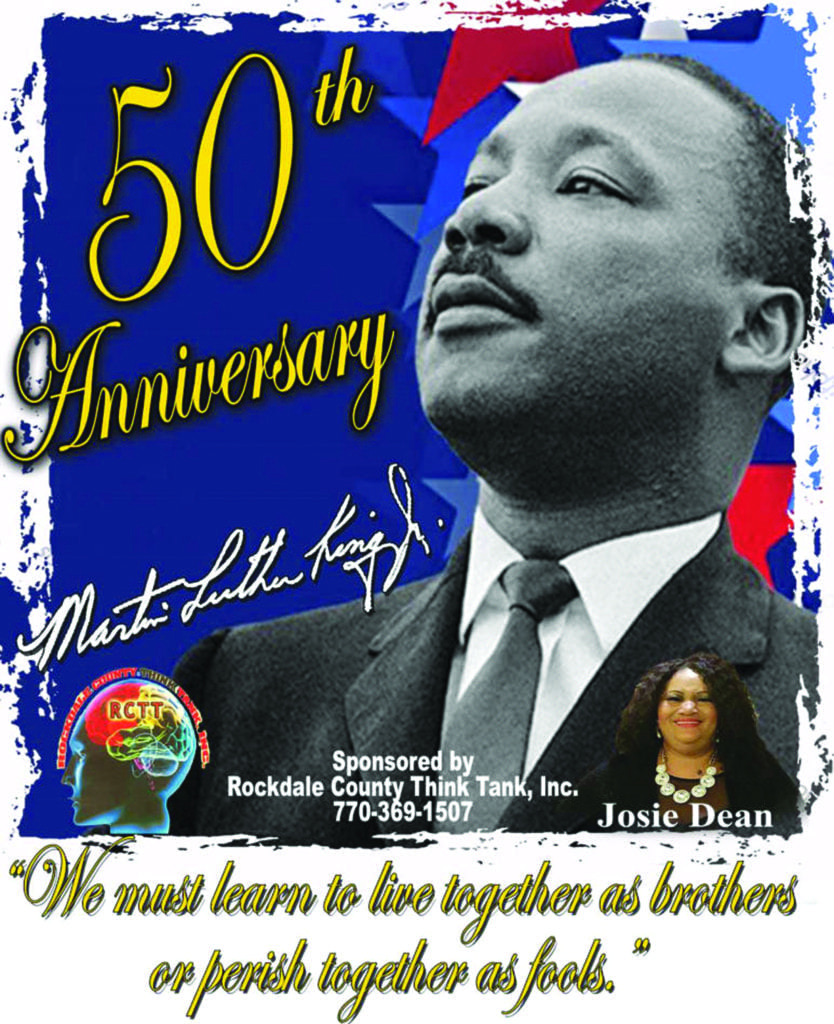 Rockdale County is preparing to remember the late Dr. Martin Luther King, Jr. in a way the county has never before honored the civil rights leader. As the nation remembers King on Jan. 15, his birthday and the national holiday, Rockdale plans to hold its first ever parade and celebration in Olde Town with a rainbow of citizens.

Rockdale County Think Tank Executive Director Josie Dean, with the blessings of the Rockdale County Board of Commissioners and the city of Conyers, is working with a dedicated team to organize the event.  Dean said the parade is going down Main Street where other parades in the county historically have been held. Dean said no MLK parade has ever been held on Main Street.

“We had a year to prepare, and have lots more support,” said Dean.  “The 2018 parade will give true honor to Dr. King.  It will have the same route as the Rockdale County Christmas Parade, from Rockdale High School through Ole Town Conyers, ending at the courthouse with a full program in the Rockdale Auditorium.”

Rockdale’s celebration will mark a significant page in history: Fifty years ago, Atlanta’s native son was assassinated at the Lorraine Motel in Memphis, Tennessee. Observances are being planned around the nation to commemorate his legacy.

Last year, Dean made history with the first MLK parade in Rockdale. However, that one was held outside the county’s annex at 1400 Parker Road.

Organizers are planning for a bigger event in January. Following the parade on Main Street, a program will be held at the Rockdale Auditorium.

Dean said there is still time to be a part of the Rockdale celebration.  The Rockdale County Think Tank is looking for vendors and food trucks, advertisers and sponsors for its commemorative booklet and civic organizations and others that would like to have a float, drive or march in the parade. Those who are interested may e-mail rockdalecountythinktank@gmail.com or call Josie Dean a 770-369-1507; Geraldine Coachmen at 678-464-5151; or Cheryl Miles Board at 678-463-7725.