The new city of Stonecrest in east DeKalb County will now go on maps everywhere. Residents in the Stonecrest footprint passed the referendum with 59.42 percent of the vote in a special election, which was held on Nov. 8 during the General Election.

The city of 50,000 residents will become the largest municipality in DeKalb and the ninth city to join metro Atlanta’s growing cityhood movement. 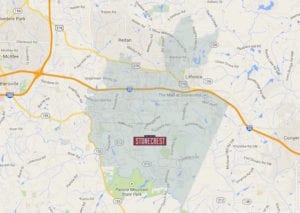 Jason Lary, who led the campaign to incorporate the city, said he was thrilled the referendum passed. He and other proponents touted self-governance and the ability to bring economic development to the area as key factors for creating the new city.

Lary said next steps for the new city include:

The governor’s appointment of a Community Commission to oversee the transition. The commission will be comprised of local residents and business owners in the Stonecrest footprint. Interested residents may nominate themselves, however, those who are interested in seeking an elected office in the new city may not participate on the commission.

Office seekers will have a chance to present their case to the public from Nov. 9 to mid-March 2017.

An election will be held in March 2017 for the city’s mayor and five-member council, Lary said. Each council seat will represent 10,000 residents. Elected officials will take control of the city on April 1 and the Commission will be dissolved.

MARTA Sales and Use Tax Referendum

nextUPS to create 1,250 jobs in Atlanta