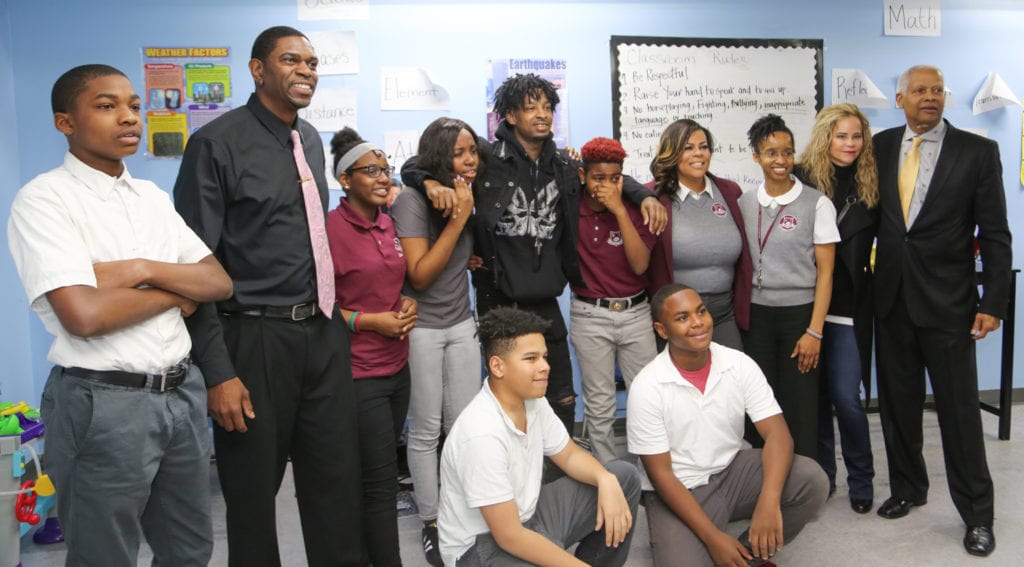 Congressman Hank Johnson, who represents Georgia’s Fourth District, and Grammy-nominated hip hop artist “21 Savage” recently teamed up to educate students on the importance of financial literacy and following their dreams.

Savage and Johnson made two stops in Georgia’s Fourth District to connect with more than 100 students and introduce them to the rapper’s financial literacy programs.

“Learning the invaluable lessons of financial literacy at an early age is critical to helping our young people grow and thrive as adults, and close the wealth gap with their peers,” said Johnson. “Last year, I had the privilege of participating in one of 21 Savage’s philanthropic enterprises. His events draw thousands of young people eager to hear his message. He’s very beloved by the people of Atlanta and the people of our community. 21 Savage (She’yaa Bin Abraham-Joseph) is a young man who has found success, but he never forgot the community where he grew up.” 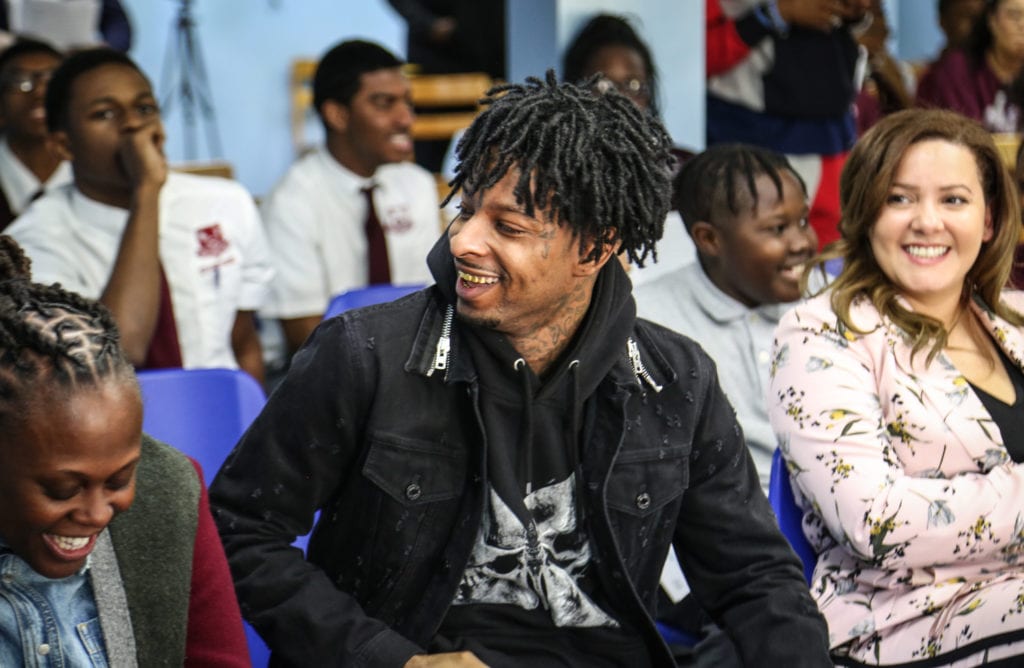 Johnson and Savage visited Camp Jewell House Academy, a STEM school accredited with excellence by the Georgia Accrediting Commission. While at the Decatur school, Camp Jewell students in different grades discussed the value of staying in school and were encouraged to stay away from guns and gang violence. Third and fourth graders at the academy had their own meeting with Savage and Johnson, discussing financial literacy and what they want to be when they grow up.

“For most kids, the focus is on earning money. And while that is important, to really get ahead you need to know how to manage your money, not just make it,” said 21 Savage. “As I have gotten smarter about financial management, I realize how important it is to control your money rather than be controlled by it. I want to help kids with a background similar to mine to get smart about their money.”

Johnson and Savage also met with 40 college students in Decatur to host the rapper’s “Bank Account” financial literacy workshop in partnership with non-profits Get Schooled and Juma. The rapper committed $100 to each student who attended so they could open a bank account. 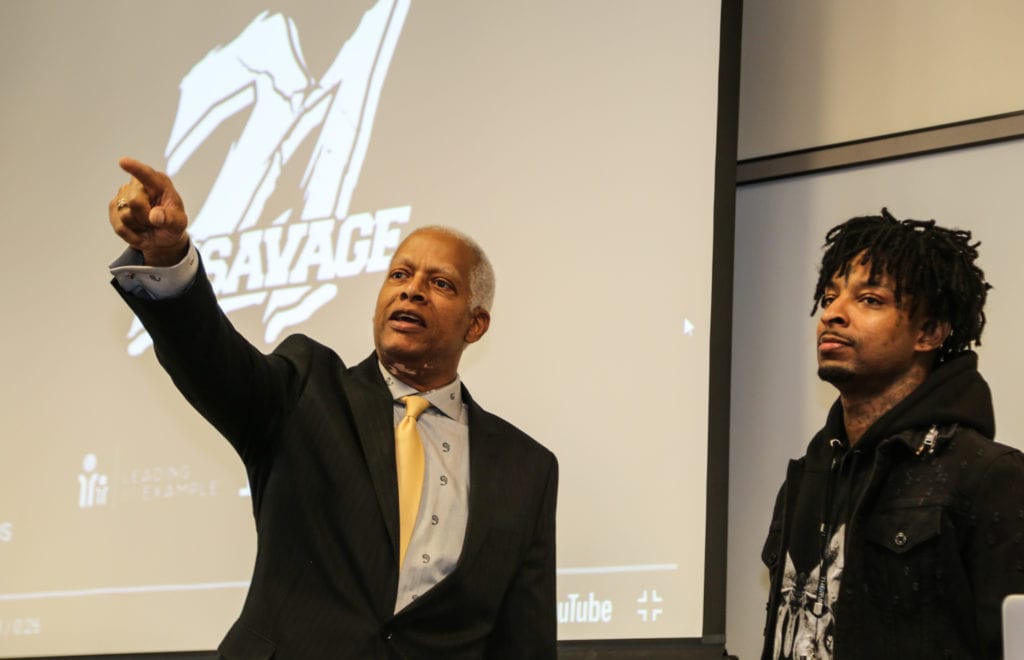 previousOhio rapper turns himself in on murder charge