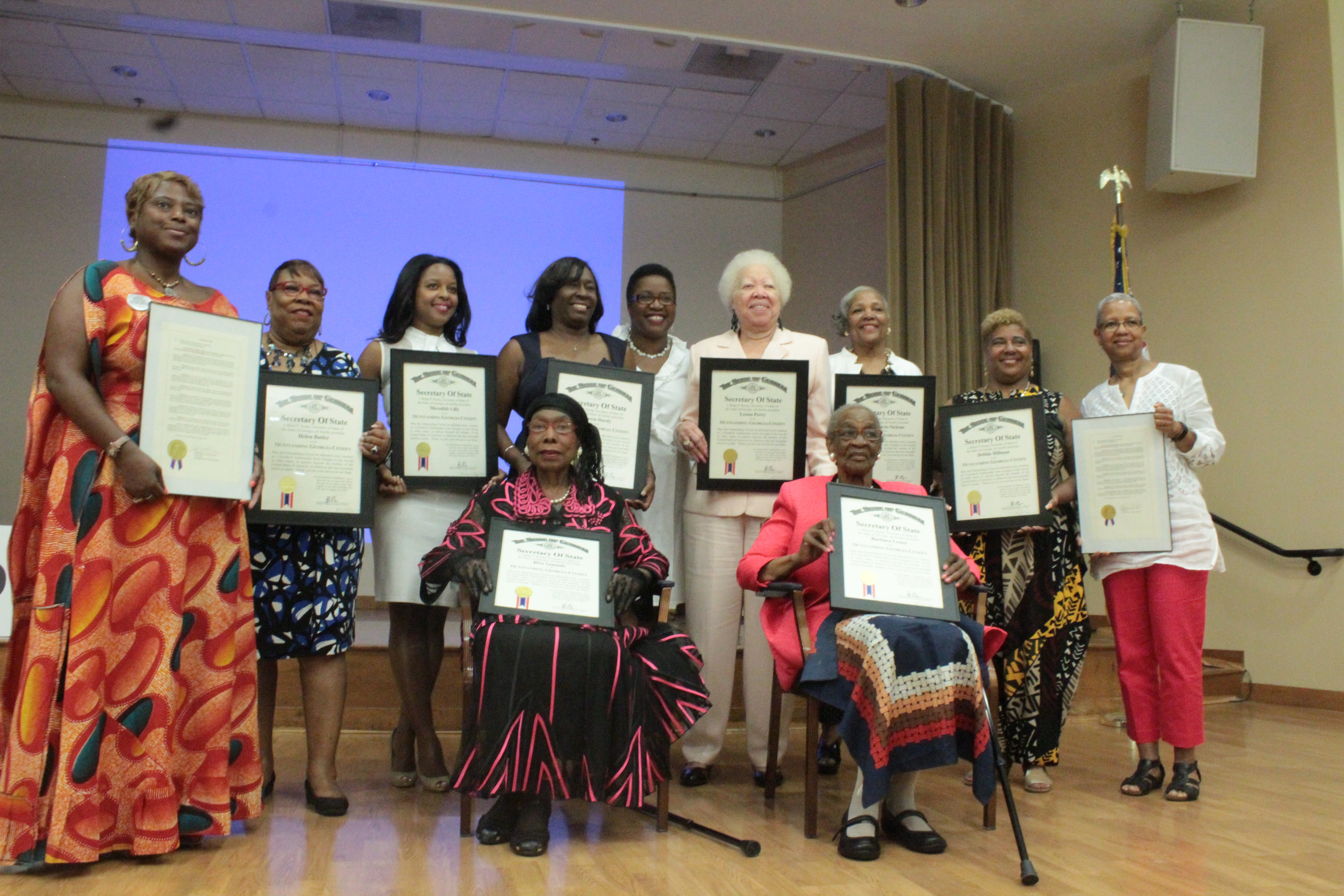 State Rep. Doreen Carter honored 10 women in recognition of Women’s Equality Day and the 97th anniversary of the 19th Amendment, which gave women the right to vote.

Nearly 100 women attended the awards breakfast, which was held on Aug. 26 at the Lou Walker Center in House District 92 and co-hosted by Bettye Davis, director of the center.

“I was overjoyed with the turnout,” said Carter. “We honored women who have worked in the voter education and Civil Rights Movement. These are all trailblazers who have made a difference in protecting voting rights and ensuring that voters are educated.”

Leona Perry, member of DeKalb Board of Elections and community activist

At the breakfast, Carter introduced “Motivate 1 Million,” a campaign she founded in 2015 to increase voter turnout in mid-term elections. Helen Butler, executive director of the People’s Agenda, introduced Rose PAC, a political action committee dedicated to increasing the number of women in elected offices.

“The two organizations marry each other,” Carter said. “We must have the votes, if we are going to impact policy in Georgia. Black women are the largest voting block in our state. We know they have the power to impact legislation and elections.”