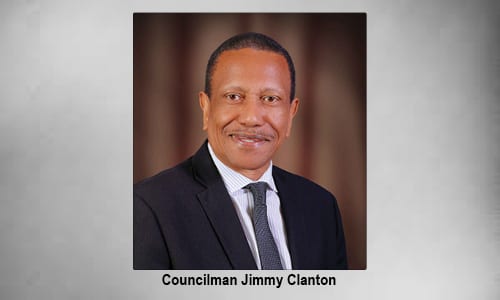 The projects have raised concerns among residents in the area who say they don’t want a preponderance of gas stations offering alcohol sales in their communities.

The projects, submitted by different applicants, would require rezoning changes and special land use permits (SLUP). The tracts are currently zoned R-100 (residential).

Stonecrest City Councilman Jimmy Clanton, who represents District 1 where the tracts are located, said city officials are looking closely at the applications.

“The one at 3332 Turner Hill Road is too close to the church and daycare on Turner Hill. It doesn’t meet the distance requirements,” Clanton said. “You can’t sell alcohol that close to a church or daycare. It will be coming up at the Planning Commission meeting.”

Meanwhile, the City Council temporarily put the brakes on the gas station/assisted living facility project at 3320-3300 Turner Hill Road. The council approved a 12-month deferral on making a decision on the project at the Jan. 27 council meeting after staff advised that one of the applicants was unable to attend the meeting due to death in his family. The applicant’s wife died after an active volcano killed and injured several people while they couple was recently vacationing in New Zealand.

Councilman Clanton made the motion to defer a decision on the project to give the applicants the opportunity to determine if they still wanted to proceed and to work on the proposal.

Three people spoke against the project during the public hearing portion of the City Council meeting. No one spoke in favor of it.

Attorney Bernard Knight, who represents the interests of several businesses and landowners in the city of Stonecrest, was the first to speak out against it.

“The applicant was consistently told by both the residential and business communities that the objectionable portion of this project was the gas station/convenience store in its location, that the nursing home/assisted living aspect of it was probably going to be O.K.,” said Knight.

Dave Marcus, a longtime Stonecrest resident, said there were two many questions and concerns that were not addressed by the developer in community and planning meetings.

Nichelle Stephens-Smith, another citizen, also objected to the proposal, saying the applicant could not give a “clear definition of what they were trying to build.”

“…Their first priority was the gas station. When asked if they did a market feasibility, they had not done one nor did they plan to do one,” Stephen-Smith said.

nextRockdale Board of Elections to have special meeting Tuesday