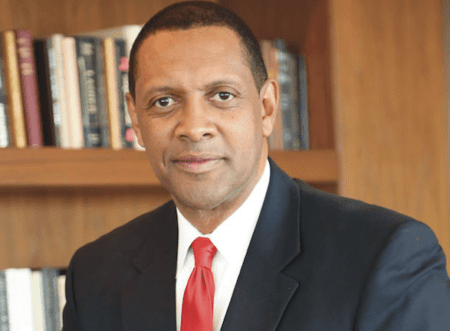 We live in a nation where we are told racism is no longer tolerated. We often see entire careers ruined because statements people made decades ago are taken out of context. However, despite making racist comment after racist comment, Joe Biden always seems to get a pass. He has a record of making inflammatory comments toward black Americans throughout his entire political career, but Democrats and their allies in the mainstream media never bat an eye.

We cannot allow those in power to cover for Joe Biden’s nasty history of racism anymore. It may bring back hard memories for some of us, but I feel it is our duty to go through his history here so everyone knows the truth. We cannot allow this injustice to continue.

Let’s begin in 1975 when then-Senator Joe Biden praised racist Alabama Governor George Wallace. He toldThe Philadelphia Enquirer, “I think the Democratic Party could stand a liberal George Wallace – someone who’s not afraid to stand up and offend people, someone who wouldn’t pander but would say what the American people know in their gut is right.” And in his 1988 presidential race, he told people that George Wallace had given him an award and called him “one of the outstanding young politicians of America.”

In 1977, Joe Biden stated that he didn’t want his kids to grow up among other races and that the thought made him worry about the future. In fact, he said, “Unless we do something about this, my children are going to grow up in a jungle, the jungle being a racial jungle.” This was followed up in later years with Biden delivering eulogies for segregationist Strom Thurmond in 2003 and former Ku Klux Klan Exalted Cyclops Robert Byrd in 2010.

The list goes on and on, but let’s fast forward to 2020 as Biden continues to let his racist tendencies slip. In May, he toldblack Americans that if they consider voting for President Donald Trump over them, then they “ain’t black.”

Earlier this month, he askeda black reporter if he was a “junkie” and then followed that up just a few days later by insinuating the black community isn’t diverse. He said, “Unlike the African American community, with notable exceptions, the Latino community is an incredibly diverse community with incredibly diverse attitudes about different things.”

As someone who lives in Georgia, those comments hurt. I am proud of this state, but we have lived through a lot over the years – some good and some bad. Some of us can remember the days of Jim Crow that Joe Biden so fondly remembers. As the late great Georgia native Herman Cain often recalled, segregation was a real issue. But we have moved on as a society. We don’t need a potential president like Joe Biden who looks at those demons of our past as something to relish.

Before you go to the polls in November, I ask you to take all of this into consideration. A term often thrown around is “Jim Crow Joe” and for good reason. Joe Biden is a relic of the past who belongs in the past. He can’t help but make racist remarks seemingly every time he makes a public appearance. It’s time to move on from this bygone era of racism and look toward the future where every man and woman in this nation regardless of race has an equal opportunity to live the American dream.

Vernon Jones is a Democrat Representative in the Georgia State House and supporter of President Donald Trump.

previousCity of Stonecrest Work Session and Council meeting for Aug. 24, 2020