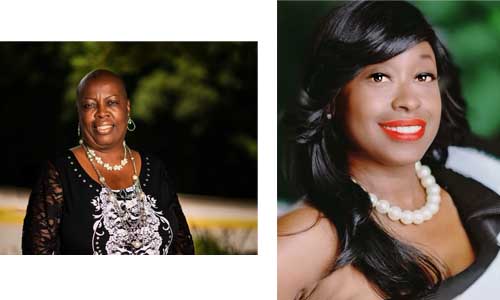 The National Coalition of 100 Black Women Decatur-DeKalb Chapter, Inc. has elected Debra Curtis as its new president and Kianna Lawson as 1st vice president of programs and planning. Both women have served in the chapter for over 10 years in various leadership roles.

Delois Grizzle, who has served as president since 2015, said she is passing the torch to devoted and capable community servants.

“I have passed the torch and I know that this chapter will be in outstanding hands,” said Delois Grizzle, who has served as president since 2015.

During her tenure with the chapter, Curtis has served on the National Health Committee, the Membership Committee, chaired the Honoree Committee and presided over the four core programs of  the coalition: Public Policy, Economic Development, Education, Health and the Legacy Girls Program.

Curtis said she is looking forward in leading the organization.

“I’m so elated to serve as the next president of this prestigious chapter alongside my executive board and coalition sisters,” said Curtis.

Lawson has served as chair of the Health, Education, Economic Empowerment, Fund Development, Legacy and Fundraising Committees. She also served as a board member, secretary and financial secretary with the chapter.  Decatur-DeKalb Chapter, Inc. programs.

Lawson said shelikes to model herself after the late, great Shirley Chisholm, when it comes to inclusion and equality.

“If they don’t give you a seat at the table, bring a folding chair,” Lawson quoted Chisholm.