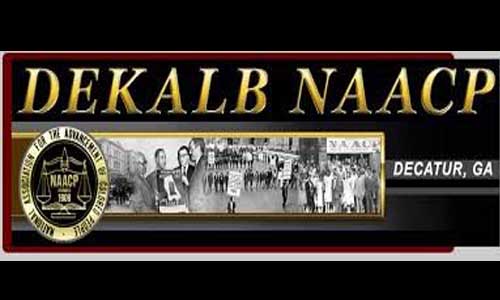 The National Association for the Advancement of Colored People (NAACP) DeKalb County Branch has set its General Membership meetings to elect its officers and at-large members of the executive committee.

All of the following meetings will be held virtually:

On Oct. 24, 10 a.m., there will be a report of the Nominating Committee, receipt of Nominations by Petition, and election of the Election Supervisory Committee. Candidates nominated for office or as an at-large member of the Executive Committee must live and/or work within the unit’s jurisdiction, have current membership as of May 1 and continuous membership throughout the election process. In order to sign a nominating petition, or be elected to the Election Supervisory Committee, a member must be current as of 30 days prior to the October meeting.

On Nov 7, the election of officers and at-large members of the Executive Committee will take place virtually. Polls will open from 10 a.m. until 2 p.m. In order to vote in a NAACP DeKalb Branch election, one must be a member in good standing of the NAACP DeKalb Branch 30 days prior to the election. A form of identification is required.

For more information contact the branch at info@naacpdekalb.org or 404-241-8006. To join the NAACP DeKalb branch www.naacpdekalb.org