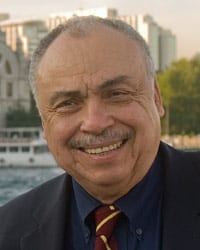 ATLANTA—U.S. Secretary of State Rex Tillerson has cited Morehouse College as one of the institutions doing outstanding work in helping to boost the lagging number of African Americans in the nation’s diplomatic corps.

Tillerson said the Diplomats-In-Residence Program at Morehouse College, as well as at Spelman College, Howard University and Florida A&M “do an outstanding job ensuring that people understand the opportunities at the State Department. There are more than 100 historically black colleges and universities, and there is so much more that we can do to raise awareness about the range of careers at [the State Department.”

Julius Coles, director of Morehouse’s Andrew Young Center for Global Leadership, said t Tillerson’s remarks are very encouraging. Coles said the assignment of two Diplomats-in-Residence at Morehouse and Spelman—James Watson of the USAID and foreign service officer Vallera Gibson—sends a clear message to students that a foreign service career is a great option.

“Morehouse is very pleased and honored to be the host of Diplomats-in-Residence at Morehouse and Spelman,” said Coles.  “(Watson and Gibson )are excited about being at our institution to help encourage more students to go into the foreign service and various careers in the foreign service.

“It’s very important in the sense that our country needs to show its representation abroad to be representative of the American people and the population,” said Coles, who spent 28 years working in foreign services, most notably as a senior official with the U.S. Agency for International Development. “We are a multicultural society, a multiracial society, and currently the State Department is not very representative of the U.S. population. This has to change. We have to do more to get more of our people into those jobs.”

Watson and Gibson give class lectures about their foreign service responsibilities and participate in career fairs, Coles said. One even joined Morehouse students on a mission trip to Haiti last year.