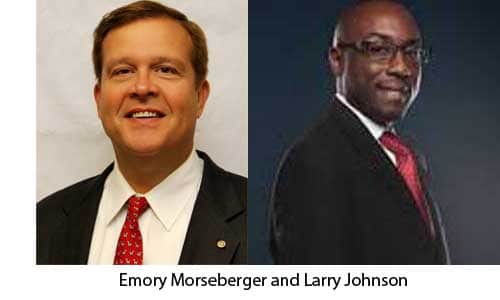 The DeKalb County Board of Commissioners has approved $4.1 million for the Cedar Grove bridge construction and essential improvements needed along alternate routes.

The Cedar Grove Bridge has been closed since March 27, when the structure was deemed in critical condition by the Georgia Department of Transportation(GDOT), requiring it to close immediately.  The closure created a major emergency in South DeKalb, the heart of Atlanta’s major trucking hub, which connects essential goods such as medical supplies needed due to the COVID-19 pandemic.

The emergency brought together the DeKalb community with the Metro South Community Improvement District (MSCD).

Emory Morsberger, president of the MSCID, spearheaded efforts to bring together businesses, government officials and community residents on a Nov. 12 Zoom call.

“We could not be more pleased with the county and their support. We are so impressed that we jumped in and got this incredible response,” said Morsberger.  “The MSCID is focused on numerous economic developments, curb appeal upgrades and major transportation projects. This is a wonderful example of what a CID can take on and accomplish.”

DeKalb County Board of Commissioners voted, with the support of Commissioner Larry Johnson, to approve the funding for the project, which includes $4 million to replace the bridge and $150,000 for upgrades to the Bonsal/ Henrico alternate route.

“This was an emergency situation that needed to be dealt with in a timely manner,” said Commissioner Larry Johnson. “I am so pleased the Commission recognized the severity of this closure and what it means to businesses and our community. I could not have done this without everyone else jumping on board to help.”

During the shutdown of the bridge, over 500 tractor-trailers per day were forced to use alternate routes. Two of the fastest alternate routes went through residential neighborhoods, causing residents to be concerned.

The DeKalb Police Department enforced the use of the less efficient alternate routes. The changes increased transport time and created safety issues. The financial impact to the businesses affected by re-routing alone was estimated to be approximately $200,000 per week.

MSCID Chair Joel Gross praised the efforts made to have the bridge declared a critical issue.

“Our CID has only been in existence a few years. We have had many victories in economic development in our district, but I must say this one has had the most impressive response,” Gross said. “When Emory Morsberger labeled the needs of this community an emergency and declared a need for response, the CID was there to do exactly that. As the name, Community Improvement Districts, implies, we have identified the improvements needed and the funding to accommodate these important repairs.”

nextCity of Stonecrest Canceled this Notice of Special Called Meeting