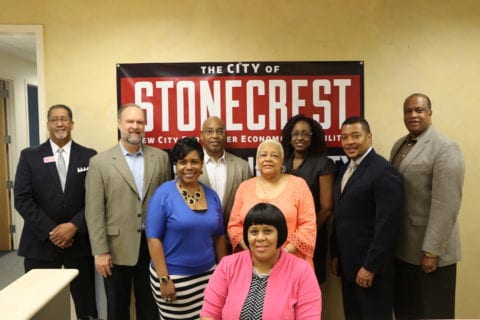 The newly-formed City of Stonecrest marked a milestone on Monday. Officials opened its City Hall in a temporary suite at the Strayer University building, located at 3120 Stonecrest Center.

The city is accepting applications for business licenses and renewals, alcohol permits, and will soon offer code enforcement, planning and zoning, parks and recreation, and economic development. “It’s been four years coming and now we are glad to have a long-term, solid home,” Lary said.

nextRockdale’s Constitutional Corner: What can you do to make your emissions test a smooth process?