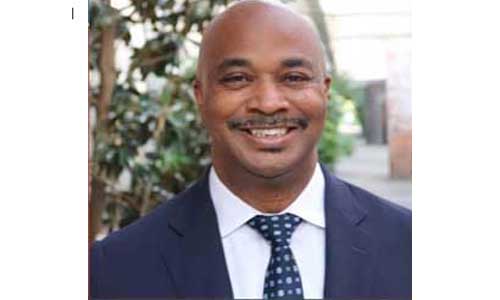 ATLANTA – Former Atlanta City Councilmember Kwanza Hall was elected in a  Dec. 1 special election runoff to finish the unexpired term of longtime friend and mentor Congressman John Lewis who passed away of pancreatic cancer in July.

With the unofficial vote count tabulated, Hall received 52% of the vote and earned the right to fight for the 5th Congressional District in the Winter term.  Hall, a former member of the Atlanta Public School board and former Atlanta City Councilman, will be sworn in shortly after the vote is certified and will be eligible to vote on key issues.

“I am humbled, truly humbled to earn this privilege.  My father, Leon Hall, and John Lewis worked for and with Dr. King and so many other leaders of the Civil Rights Movement to bring equity and justice to our country,” said Hall.

“This win tonight allows me to continue that fight and to work every day of this term for issues like COVID-19 relief, criminal justice reform, protecting the right to vote, finding money for affordable housing, for the legalization of cannabis and, if it has been decided by the time I get to D.C., for a stimulus package to keep residents of the 5th District in their homes and the doors of small businesses open. This election has never been about me. It has been about being that voice for my neighbors across the region.”

Hall led all candidates in the Sept. 29 special election with more than 10,000 votes. He received endorsements from more than two dozen elected officials across the region, including former opponents, his campaign officials said.

Hall pledged to be a bridge between Congressman Lewis, who passed away earlier this year, and Nikema Williams, who was elected to a full term, which will begin in January 2021.