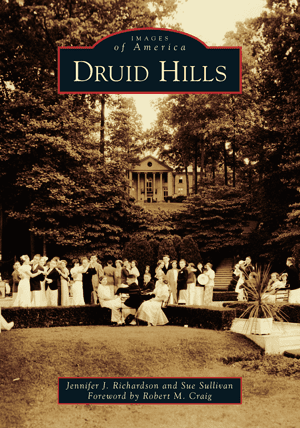 The DeKalb History Center’s next “Hops at the History Center” event on Aug. 6 will spotlight Druid Hills, considered one of Atlanta’s first suburbs.

Designed by famed landscape architect Frederick Law Olmstead Sr., Druid Hills offered plenty of shady trees and a park at the center of the neighborhood—the perfect escape from city life.

Those who attend the event will have the opportunity to purchase authors Jennifer J. Richardson and Sue Sullivan’s “Druid Hills,” which tells the captivating story of how one of Atlanta’s first suburbs came to be. The book will be available for purchase through Eagle Eye Book Store, which is sponsoring the event.