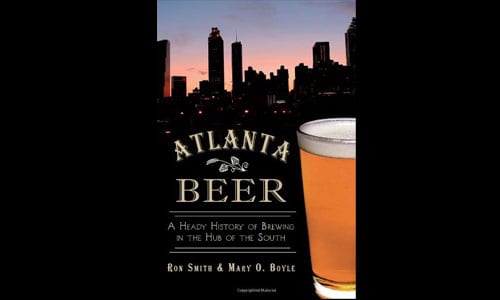 The DeKalb History Center will present “Hops at the History Center: Atlanta Beer: A Heady History of Brewing in the Hub of the South” featuring authors and beer enthusiasts Ron Smith and Mary Boyle..

Smith has studied artisanal beer for over two decades, sampled local brews from across the U.S. and Europe and runs the Beer Guru Atlanta Blog.

Co-host of several beer dinners and a craft beer enthusiast since 2003, Mary Boyle is currently webmaster at BeerGuruATL.com, produces a local pub’s newsletter, and is adding a line of beer-focused jewelry to her handcrafted jewelry business.

With over 6,000 breweries as of 2018, Atlanta is quickly becoming a brewing hub. From humble beginnings to a bustling metropolis, Atlanta is full of history and interspersed within is the dynamic industry of brewing and how it has grown almost as large as the city itself. Atlanta Beer: A Heady History of Brewing in the Hub of the South delves into the full history of beer within Atlanta and discusses the circumstances that led to beer becoming a beloved staple of the city.

Join the DeKalb History Center in welcoming Smith and Boyle as they discuss the fascinating story of Atlanta beer.

Tickets are $5 for members of the DeKalb History Center. Tickets for non-members are $10. The prices include one drink ticket.