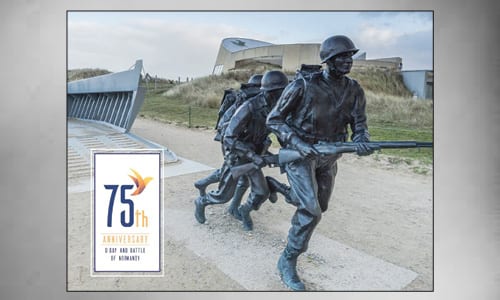 The Conyers-Rockdale Chamber of Commerce is now accepting reservations for its “2019 Memorials of World War II European Tour.”

The public is invited to join the Chamber on this unforgettable 10-day trip, which includes tours of London, England and Paris, France on the 75th anniversary of D-Day when Allied forces invaded northern France bringing World War II to an end.

After landing in London, travelers will explore one of the cities that served as the backdrop to World War II while discovering the city’s rich cultural and historical legacy. There will be expert guides and front-row seats to some of London’s most iconic landmarks including Big Ben, Westminster Abbey, 10 Downing Street, Parliament and the chance to experience the cuisine of London’s Borough Market.

The 10-day excursion runs March 27 – April 5, 2019 and is $4,599 per person for double occupancy or $5,599 for single occupancy. The excursion includes 12 Meals: 8 breakfasts, 1 lunch, 3 dinners, roundtrip airfare from the Atlanta Hartsfield-Jackson International Airport and all hotel transfers.

The Chamber is offering the discounted trip through Collette Tours, which works with Chambers across the nation to open the door to a world of amazing destinations.

You’ll  sample regional cuisine, stay in centrally located hotels and connect with new and captivating cultures. These itineraries offer an inspiring and easy way to experience the world, where an expert guide takes care of all the details.

For more information on the “2019 Memorials of World War II European Tour,” contact Stephanie Layson of the Conyers-Rockdale Chamber of Commerce at 770-483-7049 or email stephanie@Conyers-rockdale.com.

previousWe’re taking gangs off the streets in Rockdale