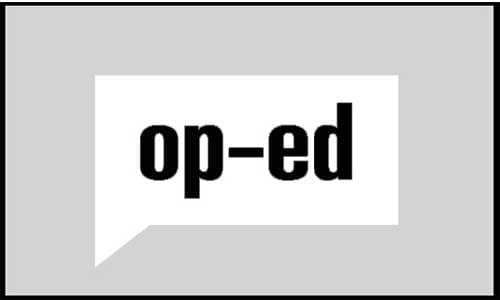 One answer to this question is South DeKalb. With so much overdue focus on police brutality, injustice against black people, and the inequities in our communities, it’s easy for Monica Kaufman and others to suggest that voting is the solution to all these problems. If voting could solve all of these woes, then they would not exist in 2020.

In South DeKalb, there’s an overabundance of code violations; reported but rarely investigated or addressed promptly. These unresolved code violations erode property values and turn South DeKalb neighborhoods into ghettos. How is the Deputy Director of Code Enforcement Timothy C. Hardy allowed to run a department that is not proactive, unresponsive, and not innovative? How is the Deputy Director of Infrastructure, Ted Rhinehart, allowed to employ inequitable street paving practices in South DeKalb, hiding behind fiscal responsibility of SPLOST dollars to approve excessive patching of residential streets that destroy neighborhood aesthetics? How is the DeKalb County Police South Precinct allowed to perpetuate their practice of not answering phone calls from residents, reporting non-emergency issues?

The list of issues plaguing South DeKalb is exhaustive, and each issue leads me to question the lack of effective and equitable leadership in DeKalb County. DeKalb County CEO Michael Thurmond was elected as a result of an overwhelmingly large majority of votes from South DeKalb residents. Michael Thurmond was elected to serve all DeKalb County residents, to protect our interests, and to address our issues and concerns. Unfortunately, since his tenure in office, the disparities between north and south DeKalb persist. The list of issues in South DeKalb grows or remains unresolved. DeKalb County is just one example of voting outcomes that yield elected officials that ignore the needs of black communities and further perpetuate the inequities of white and black people.

So, it is far too simplistic to suggest that voting is the silver bullet and answer to black people’s problems. Of course, we must vote. But we need a better pool of candidates that are committed to improving the plight of black communities. Further, we must make specific demands of candidates — higher-paying jobs in our communities, decision-making positions in the elected official’s inner circle, and hold them accountable to deliver. Finally, we must stop believing that black candidates and Democrats have our best interests. Anyone asking for the black vote needs to earn it and prove that they are worthy of keeping it. Vote around!

Tired of being tired!

Tamara Christion-Marable has been a South DeKalb resident since 1995.

previousAttention Rockdale Voters: You must go to your assigned precinct on Election Day, Tuesday, June 9.