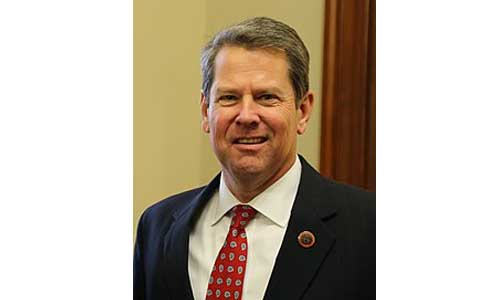 ATLANTA—Gov. Brian P. Kemp is encouraging all qualified Georgians who want to serve in the U.S. Senate to submit their applications online.

U.S. Sen. Johnny Isakson announced his decision on Aug. 28 to resign from public office at the end of the year. There is no vacancy until Isakson’s formal resignation on Dec. 31, 2019. Under Ga. Const. Art. V, § II, Para. VIII and Ga. Code. Ann. § 21-2-542, the goveron will make a temporary appointment where such person will serve until a special election is held on Nov. 3, 2020.

“To ensure an open and transparent appointment process, I am encouraging all Georgians who want to serve in the U.S. Senate to submit their name and qualifications,” Kemp said. “We will carefully vet the applicants and choose a person who best reflects our values, our state, and our vision for the future.”

No Person shall be a Senator who shall not have attained to the Age of thirty Years, and been nine Years a Citizen of the United States, and who shall not, when elected, be an Inhabitant of that State for which he shall be chosen.

(b) In case of the death or withdrawal of a person who received a majority of votes cast in an election for the office of Secretary of State, Attorney General, State School Superintendent, Commissioner of Insurance, Commissioner of Agriculture, or Commissioner of Labor, the Governor elected at the same election, upon becoming Governor, shall have the power to fill such office by appointing, subject to the confirmation of the Senate, an individual to serve until the next general election and until a successor for the balance of the unexpired term shall have been elected and qualified.

Whenever a vacancy shall occur in the representation of this state in the Senate of the United States, such vacancy shall be filled for the unexpired term by the vote of the electors of the state at a special election to be held at the time of the next November state-wide general election, occurring at least 40 days after the occurrence of such vacancy; and it shall be the duty of the Governor to issue his or her proclamation for such election. Until such time as the vacancy shall be filled by an election as provided in this Code section, the Governor may make a temporary appointment to fill such vacancy.