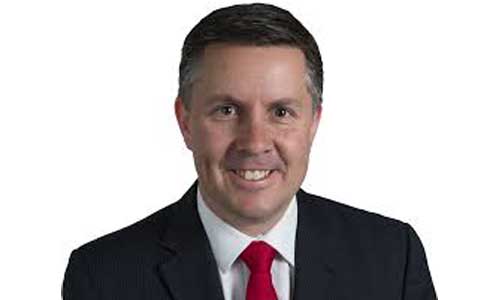 Georgia had even more positive news in the August preliminary numbers. The state added to its labor force for the first time in six months and saw new unemployment claims fall.

“August was the type of month I like to see for Georgia,” Butler said. “We gained ground across the board while setting records for jobs and employed residents. It was great to see the labor force growing again.”

Nationally, the unemployment rate was unchanged in August at 3.7 percent. The nation also grew its labor force, increased the number of employed residents and added more 130,000 jobs.

“While there’s been a lot of talk nationally about a slowdown, I don’t see any evidence of that in Georgia,” Butler said.

Georgia also set records for the most jobs ever in leisure/hospitality, education/health and financial activities.

Georgia’s labor force grew in August by 5,478, adding to a total work force of more than 5.1 million. That number was up by 4,107 from the same month a year ago.

At the same time, new claims for unemployment decreased in August. The total number of claims filed in August fell by 32 percent as compared to July. They were down by about 10 percent compared with August 2018.

“It’s a great time to be a Georgian,” said Kemp. “Georgia is the top state for business for the sixth consecutive year, job growth is breaking records, and our ports are firing on all cylinders. With the nation’s leading workforce development program and a world-class infrastructure system, businesses around the world have Georgia on their mind.

“Now is not the time to take our foot off the gas. By continuing to invest in education and workforce development, prioritizing health care innovation, and maintaining a welcoming business climate, Georgia’s best days are ahead.”

Visit dol.georgia.gov to learn more about career opportunities, Employ Georgia and other GDOL services for job seekers and employers and to connect with us on social media.

Officials say the state had seven job sectors that added at least 1,000 jobs in August:

In terms of annual change, four sectors were up more than 10,000