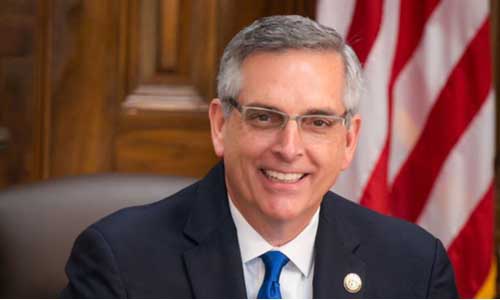 Georgia Secretary of State Brad Raffensperger’s office announced that it is continuing its poll-worker recruitment campaign ahead of the Aug. 11 runoff and Nov. 3 general election.

Before the June 9 primary, the project sent to county election officials across Georgia the names of more than 1,000 people who came forward to get trained by them as poll workers. For instance, 222 were sent to Fulton County, 139 to DeKalb, 70 to Cobb and 67 to Henry.

“Counties have had to replace poll workers who backed out because of the global pandemic and then train those replacements on everything involved with setup and operation of a polling place. I’m glad we have been able to find so many Georgians willing to pitch in,” Raffensperger said. “The counties need more good people, and I urge individuals and groups to step up.”

County election officials are responsible for recruiting, training and assigning the paid workers at more than 2,600 local polling places. Recruitment has become increasingly difficult in recent years, and the COVID-19 infection raised the challenge to a critical level because the average poll worker is in the high-risk age group, officials said.