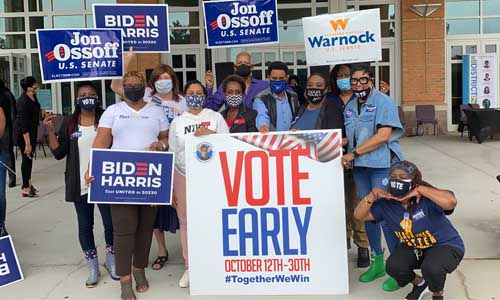 nextDroves turn out at Stonecrest precinct for first hours of early voting Oct. 12