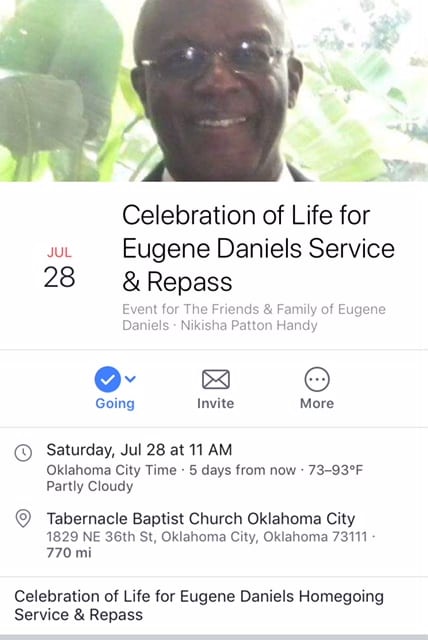 Eugene Daniels was born in Climax, Georgia. He accepted Christ at the age of 12. He completed his elementary and secondary education in Albany, Georgia.  It was there that he met and married the love of his life, Melvenia Glynn-Daniels before enlisting in the U.S. Air Force.

Mr. Daniels retired from the Oklahoma State Department of Human Services after serving 22 years. During his tenure there, he provided Administrative Support to the Governor’s Advisory Committee to support the homeless, statewide management of the Refugee Program, and provided services for Families with Dependent Children.

Mr. Daniels will be honored with a proclamation as a Citizen of Distinction by U.S. Congressman Tom Cole, District 4 of Oklahoma.