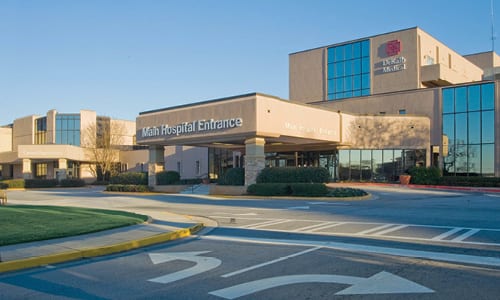 The Georgia Attorney General’s Office announced the final regulatory approval of the integration on Aug. 10, paving the way for the merger.

“By combining a community health system and an academic health system, the communities and patients cared for by Emory Healthcare and DeKalb Medical will experience an even stronger quality of care with more accessibility to providers and specialty care,” Lewin said.

The two health systems initiated their requests for a partnership in November 2017 through a formal Letter of Intent. The Federal Trade Commission approved the partnership in March 2018. The partnership application was then filed with the Georgia Attorney General’s Office, which has announced its decision.

“We have been working for several months with Emory Healthcare to forge a partnership that will position us to grow and meet our community’s needs for years to come,” says Bob Wilson, president and CEO of DeKalb Medical. “We are confident that being part of Emory Healthcare is the right choice for our community, our employees and our physicians, and are anxious to begin fully integrating into the Emory system.”

The merge will include name changes for the former DeKalb Medical campuses:

DeKalb Medical has 55 practice locations throughout DeKalb and Gwinnett counties, more than 800 doctors on its medical staff in nearly 50 specialties and 4,000 employees. Its long term acute care (LTAC) hospital is the only LTAC in the U.S. with three Joint Commission Gold Seal Disease-Specific Certifications in respiratory failure, wound care and acquired brain injury.

Emory Healthcare, a nonprofit organization, is the most comprehensive health system in Georgia, with seven hospitals and 200 provider locations in metro Atlanta and surrounding communities, including nearly 60 urgent care and MinuteClinics. It has more than 2,000 physician providers in 70-plus specialties, including more than 120 in primary care. With an additional 23 regional affiliate hospitals, Emory Healthcare has a footprint in more than 40 counties throughout the state.