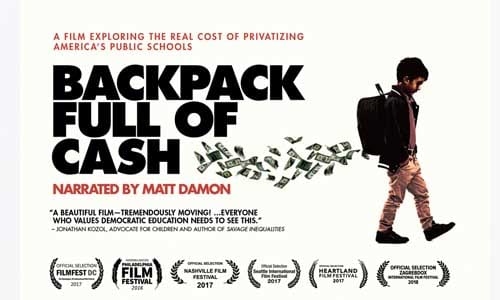 The Georgia Federation of Teachers, JEEPAC and the DeKalb Chapter of the NAACP are hosting a free screening of the documentary, “Backpack Full of Cash,” on Wednesday, Jan. 30, 7 p.m., at the Porter Sanford Performing Arts Center, 3181 Rainbow Drive, Decatur.

A discussion will follow the screening. Adults only are invited to the event because of limited space.