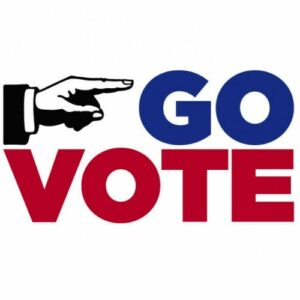 With the early voting period for the runoff elections coming to a close, Rockdale County’s Supervisor of Elections Cynthia Welch is encouraging the community to get out and vote. The runoff Election Day is July 26. Early voting, which began July 5, ends July 22.

Voters can only request a Democratic or non-partisan ballot since there are no Republican candidates in the July 26 runoff.

Welch says she is optimistic voter turnout, though low, will surpass turnout seen in runoffs held in 2012 and 2014.

“In 2014, we had just under 800 in-person voters by the eighth day of early voting. In 2012, we had 549 for the same period. So, we’re actually slightly higher. We’re on track to surpass our previous early voting umbers,” Welch said.

Welch said Republican crossover voting is contributing to the difference.

“Since there is no Republican ballot to pull for the runoffs, Republicans are requesting a Democratic ballot so they can still have a voice,” Welch said.

Location for Early Voting in Rockdale:

Rockdale County Board of Elections and Registration

Location for Early Voting in DeKalb:

nextCourtney Dillard set to run as Independent for Rockdale Chairman