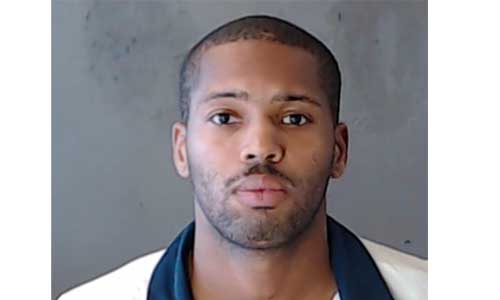 DeKalb County District Attorney Sherry Boston announced a conviction by jury trial in connection with a fatal crash nearly five years ago that claimed the lives of three people headed to church .

Jurors returned guilty verdicts against Marvin Lynch, 32, of Marietta, on March 6 on charges of vehicular homicide in the first degree (six counts), hit and run (two counts), and driving under the Influence.

Lynch was sentenced to 50 years in prison by DeKalb County Superior Court Judge Shondeana Morris, who presided over the trial.

The fatal incident happened around 7 a.m. on July 5, 2015. Evidence showed that Lynch spent the Independence Day weekend “drinking and partying all night,” by Lynch’s own admission, and that he was intoxicated when he ran a red light at the intersection of Marbut Road and Lithonia Industrial Boulevard in Lithonia. Lynch was traveling in excess of the posted 45-mile-per-hour speed limit when he struck the vehicle carrying Vernon and Willie Mae Hatley and their friend, Cora Lyles.  The impact of the crash propelled the victims’ vehicle more than 90 feet into a nearby wooded area, ejecting one passenger. All three victims were pronounced dead at the scene. The Hatleys were in town for the holiday weekend visiting the Lyles family. The three were en route to early Sunday service at Saint Philip AME church, where Cora Lyles and her husband were members, when they were struck and killed.

Lynch survived the crash. After slamming into a utility pole, he attempted to flee the scene in the vehicle of a passerby who pulled over to help. When he was prevented from escaping, Lynch attempted to flee on foot, but was quickly apprehended by police. Analysis of his blood revealed a blood alcohol content greater than the legal limit nearly six hours after the collision.

Lynch was sentenced to 50 years in prison by DeKalb County Superior Court Judge Shondeana Morris, who presided over the trial.