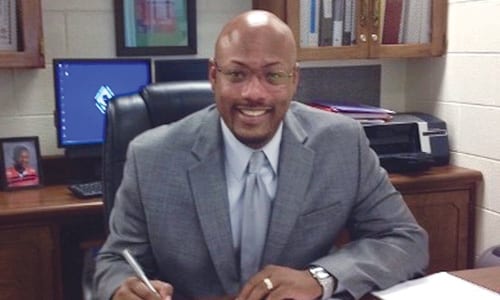 Dr. Terry O. Oatts will be sworn in on May 30 as Superintendent of Rockdale County Public Schools at a called meeting.

The board appointed Oatts, former Assistant Superintendent for Student Achievement in Fayette County Schools, as superintendent on May 7. Oatts was selected  after he was selected in April as the sole finalist in the board’s superintendent search. Under the guidance of the Georgia School Boards Association as search provider, the Board completed a survey of its expectations for the next superintendent, posted and reviewed the results of a survey of the community and school district staff to seek input as to the characteristics desired in a new superintendent, adopted qualifications for the position, approved and disseminated a recruitment brochure, reviewed applications, and interviewed candidates that appeared to have closely met qualifications. In accordance with Georgia law, documents for Oatts were made available for public inspection and copying.

Oatts began his career in education more than two decades ago in school counseling and has served as assistant principal, elementary, middle, and high school principal, and most recently assistant superintendent.

“We congratulate Dr. Oatts on becoming our next superintendent,” said Board Chairman Jim McBrayer. “We are confident that he will be a great leader to continue our tradition of excellence as we move forward with our strategic plan and continuous improvement.”