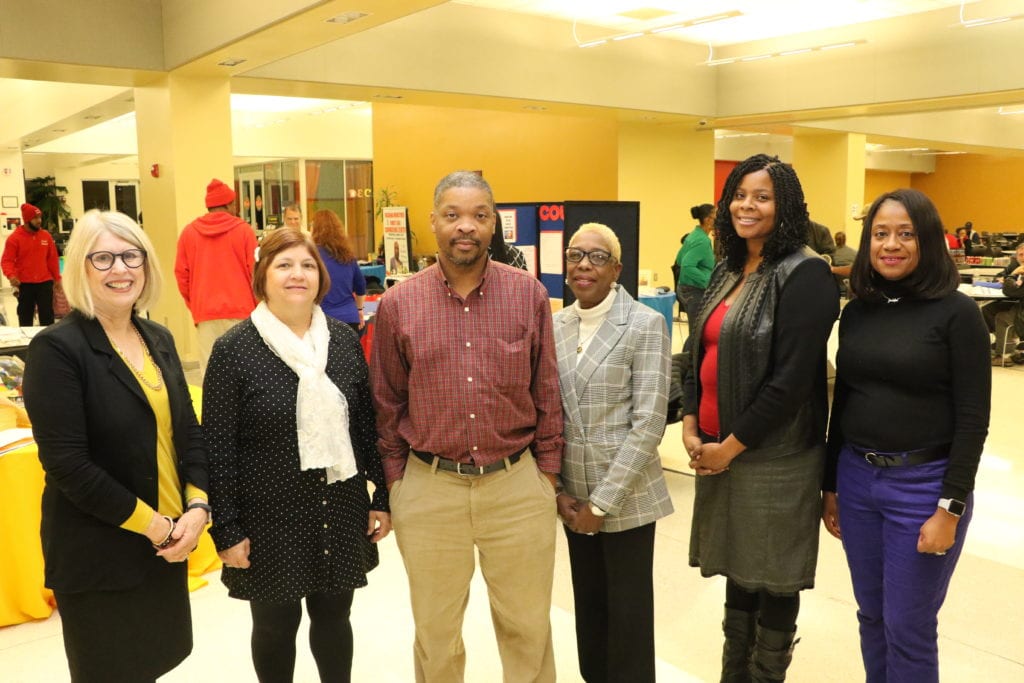 Military veterans were the focus of Rockdale County Commissioner Doreen Williams’ fourth mental health forum, which was held on Nov. 15.

Williams hosted the “Community Conversations on Mental Health: Focus on Veterans” at the Rockdale Career Academy in Conyers, four days following Veterans Day. Veterans were provided a free dinner, a special gift recognizing their service and several vendors were on hand to provide information about  services for veteran families and discounts for military men and women.

“We know that veterans have some unique needs and we wanted to provide information and resources helpful to them and their families,” said Williams.

Williams said the series on mental health has included forums on recovery, suicide prevention, and the intersection of criminal justice and mental health.

Williams said the goal of each forum has been to educate the community, raise awareness, and reduce stigma surrounding mental health and substance use disorders.